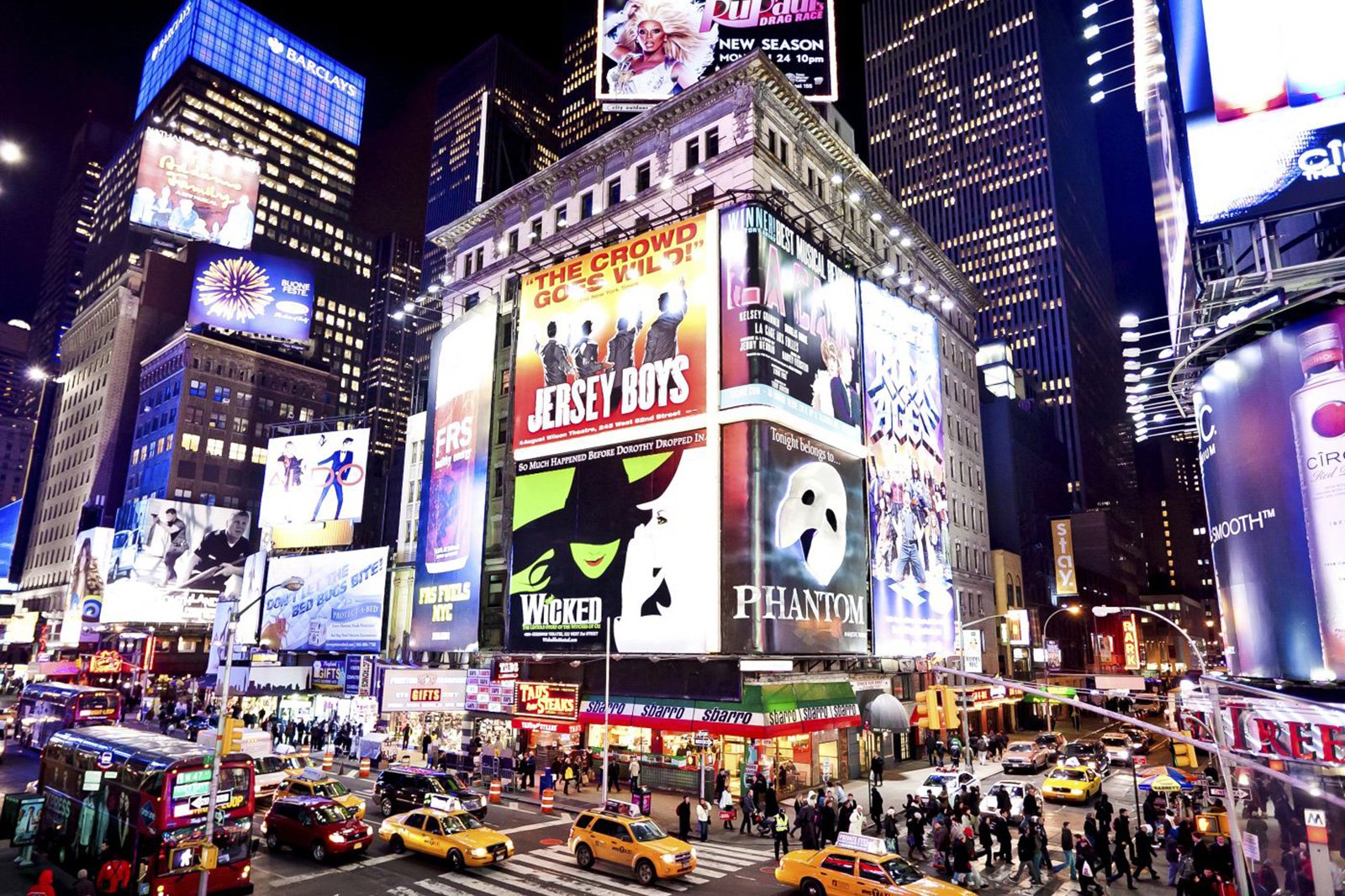 The Theatre District is located in Midtown Manhattan and is sometimes called Midtown West. It is where most Broadway theatres are located, as well as many other theatres, movie theatres, restaurants, hotels and other places of entertainment.

There are many famous theatres located in the Theatre District. Many of these theatres date back to the early 20th century, which explains their size and seating arrangements. The theatres in this district are not known for their luxurious lobby or comfortable seating. However, these theatres make up for what they lack in comfort for with top quality production. Some of the more famous theaters are The Winter Garden, the Helen Hayes Theater, the Music Box, the Minskoff, the Palace, and the Majestic.

Some of the top plays that have taken place in the Theatre District in the last couple of years include:

For tickets, if you have the time and are on a budget, visit “TKTS” at Duffy Island near Times Square (47th St. between 7th Avenue & Broadway) for deeply discounted tickets on the same day of the performance (similar to Leceister Square in London). There is an additional $3 service charge per ticket but you may well obtain tickets for half the face price.

It extends from 40th Street to 54th Street, and from west of Sixth Avenue to east of Eighth Avenue, and includes Times Square. The Great White Way is the name given to the section of Broadway which runs through the Theatre District. Theatre Row, an area on 42nd Street from Ninth Avenue to Eleventh Avenue, which contains many Off- and Off-Off-Broadway theatres, may be considered to be an extension of the Theatre District, although it is not officially a part of it. 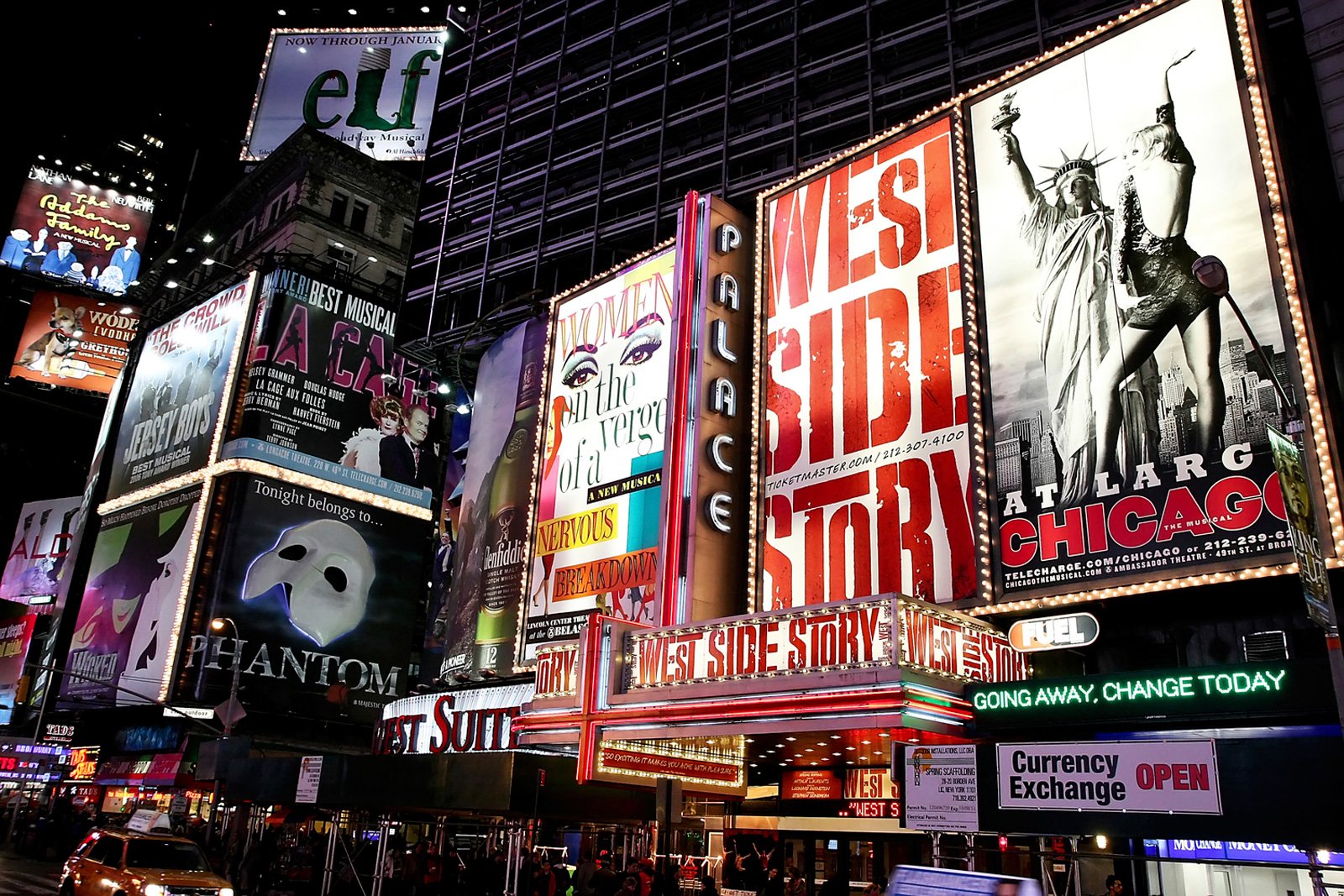