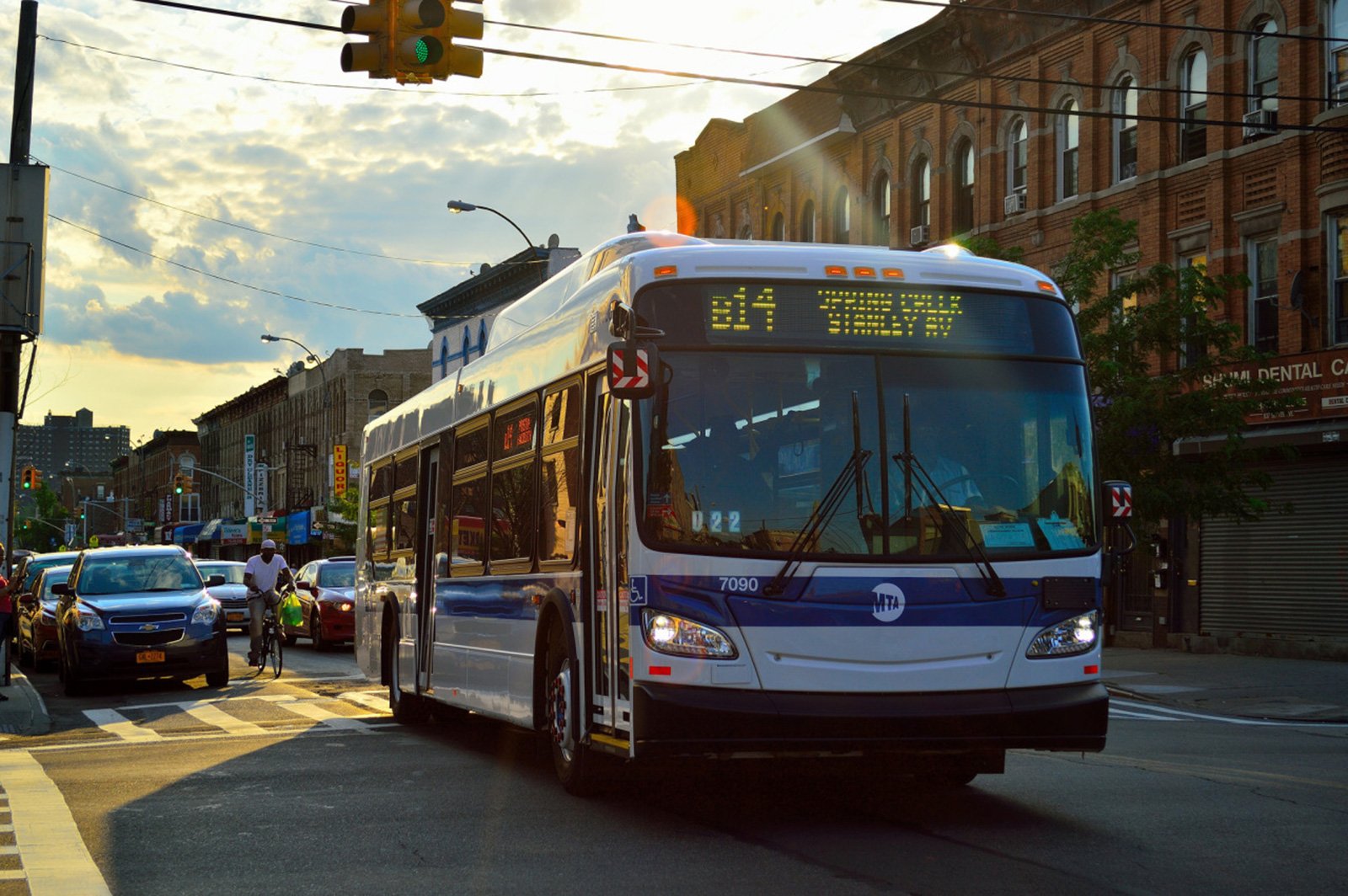 The New York City bus system contains nearly 5,000 public buses that serve over a million people a day. Many of the bus routes serve routes that are not accessible by subway. NYC buses operate 24 hours a day, 7 days a week.

New York City’s Metropolitan Transit Authority (MTA) operates one of the largest fleet of buses in the world. The New York City bus system contains nearly 5,000 public buses that serve over a million people a day. Many of the bus routes serve routes that are not accessible by subway. NYC buses operate 24 hours a day, 7 days a week.

Local NYC bus routes are indicated by a letter, indicating its borough and a route number. For example, the M96 only runs locally in Manhattan. The available bus route prefixes are:

Maps for the various bus routes can be found on most bus shelters.

The MetroCard, or exact change are the only forms of payment accepted on New York City Buses. If paying by cash, keep in mind that bus drivers will not provide change if you overpay, and the fare box for buses do not accept dollar bills or pennies. If you pay your fare with MetroCard, you may transfer free from bus-to-subway, subway-to-bus or bus-to-bus within two hours of the time you paid your fare. Unlimited Ride MetroCard includes all transfers free of charge. MetroCards can be bought on a pay-per-ride basis or an unlimited ride basis at almost all subway stations. Children, seniors and disabled riders ride at a reduced fare while children less than 44″ ride for free.

Waiting time varies by bus line and the time of day. Generally, you will wait longer for the bus during heavy traffic and rush hours. Buses are also a great way to go sightseeing in New York City. If you use an MTA card, then you can transfer to another bus or the subway for free within 2 hours. If you pay cash, then you must ask for a transfer from the bus driver. Transfers to connecting buses are free, and are usually time stamped to the closest hour.

Most New York City buses make stops at every 2 to 3 blocks, so they are a wonderful way to go sightseeing. Express buses are also available but these buses run only during the weekday rush hours. There are approximately 20 express bus routes in operation. The express fare is generally higher than the general fare but you can still pay using a MetroCard.

Every MTA bus is wheelchair-accessible, with access through the back door of the bus. Because the buses used in NYC are quite low to the ground, they are also easily accessible to elderly people and people who are mobility impaired.