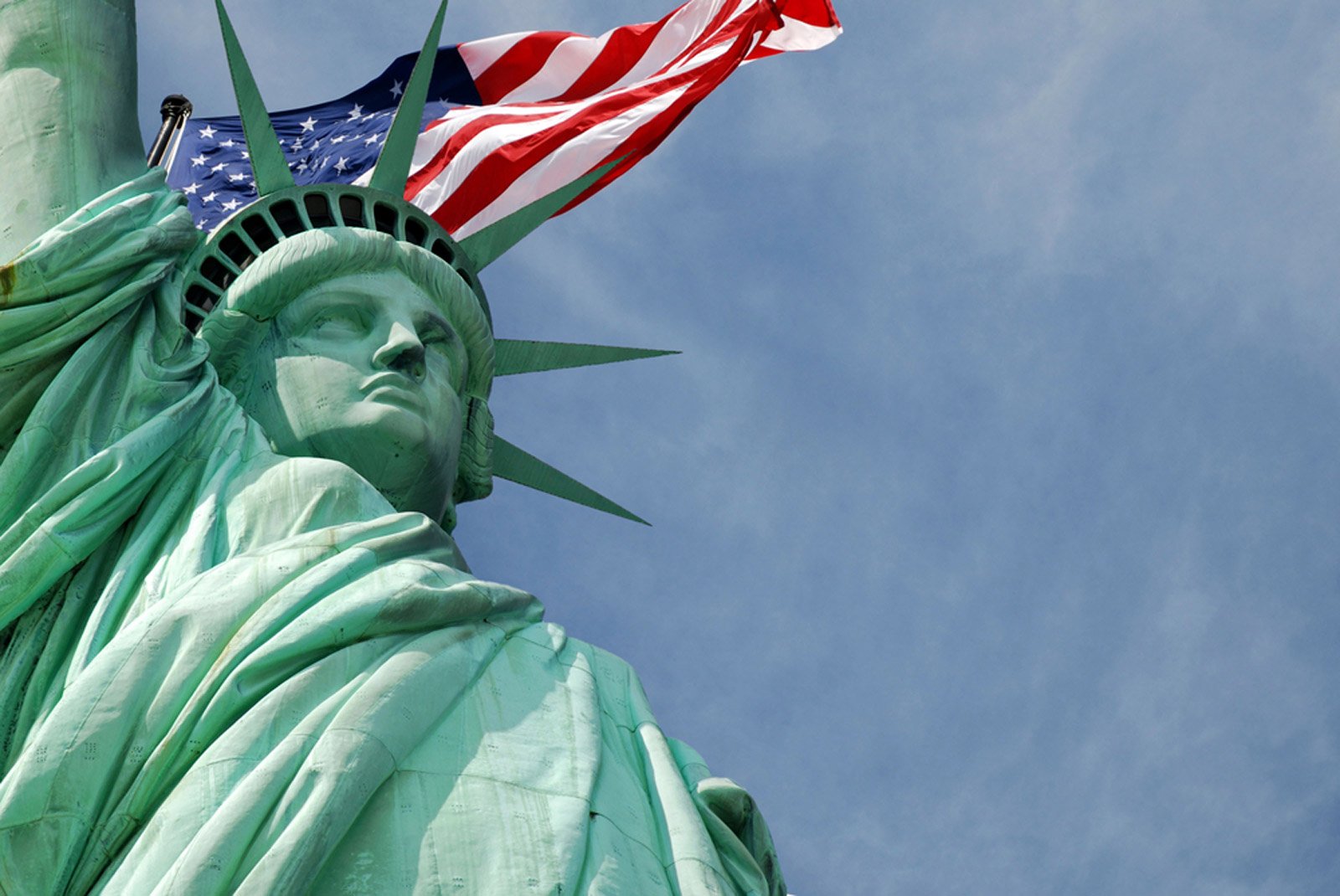 The Statue of Liberty is an American icon that represents freedom and liberty. It has been commemorated on various coins and stamps. Various New York City sports teams use the statues image in their logo.

The Statue of Liberty is New York City’s most famous landmark and one of the city’s most recognizable icons. It’s located at the Liberty Island overlooking Manhattan. Located on 12-acre Liberty Island in New York Harbor, the Statue of Liberty was a gift of international friendship from the people of France to the people of the United States and is one of the most universal symbols of political freedom and democracy. At 151 feet (46 meters) tall (305 feet including base and pedestal), the Statue of Liberty was dedicated on October 28, 1886 and was designated a National Monument on October 15, 1924. The Statue was extensively restored in time for her spectacular centennial on July 4, 1986.

The Statue of Liberty is actually made of copper sheets with an iron framework, which has achieved a bright green patina through the years. She has broken chains at her feet to symbolize freedom, holds high the Torch of Enlightenment and carries the Book of Law inscribed with the date of the Declaration of Independence marked with the date of its signing in Roman numerals. The 7 rays of her crown correspond with the 7 seas and 7 continents of the world. She stands majestically welcoming all to our country 1250 feet and weighing in at 250 tons, with a 35’ waist; a 3’wide mouth and 8′ long index finger.

Since October 28, 1886, the Statue of Liberty has greeted people crossing the Atlantic in search of freedom and prosperity. It’s official name is actually “Liberty Enlightening the World”. The people of France gave the Statue to the people of the United States in recognition of the friendship established during the American Revolution. The Statue of Liberty was designed by French sculptor Frédéric-Auguste Bartholdi, who used the mother’s face as inspiration for the statue’s face. The statue’s steel framework was made by French engineer Gustave Eiffel, the man who created the Eiffel Tower in Paris. The Statue was completed in France in July, 1884 and arrived in New York Harbor in June of 1885 on board the French frigate “Isere” which transported the Statue of Liberty from France to the United States. In transit, the Statue was reduced to 350 individual pieces and packed in 214 crates. The Statue was re-assembled on her new pedestal in four months time.

The Statue of Liberty is an American icon that represents freedom and liberty. It has been commemorated on various coins and stamps. Various New York City sports teams use the statues image in their logo. Each year, thousands of miniature replicas of Lady Liberty are sold. There are also hundreds of replicas of the Statue of Liberty available worldwide. It has also been featured in various movies, songs and novels. The statue is a central part of Statue of Liberty National Monument, administered by the National Park Service. 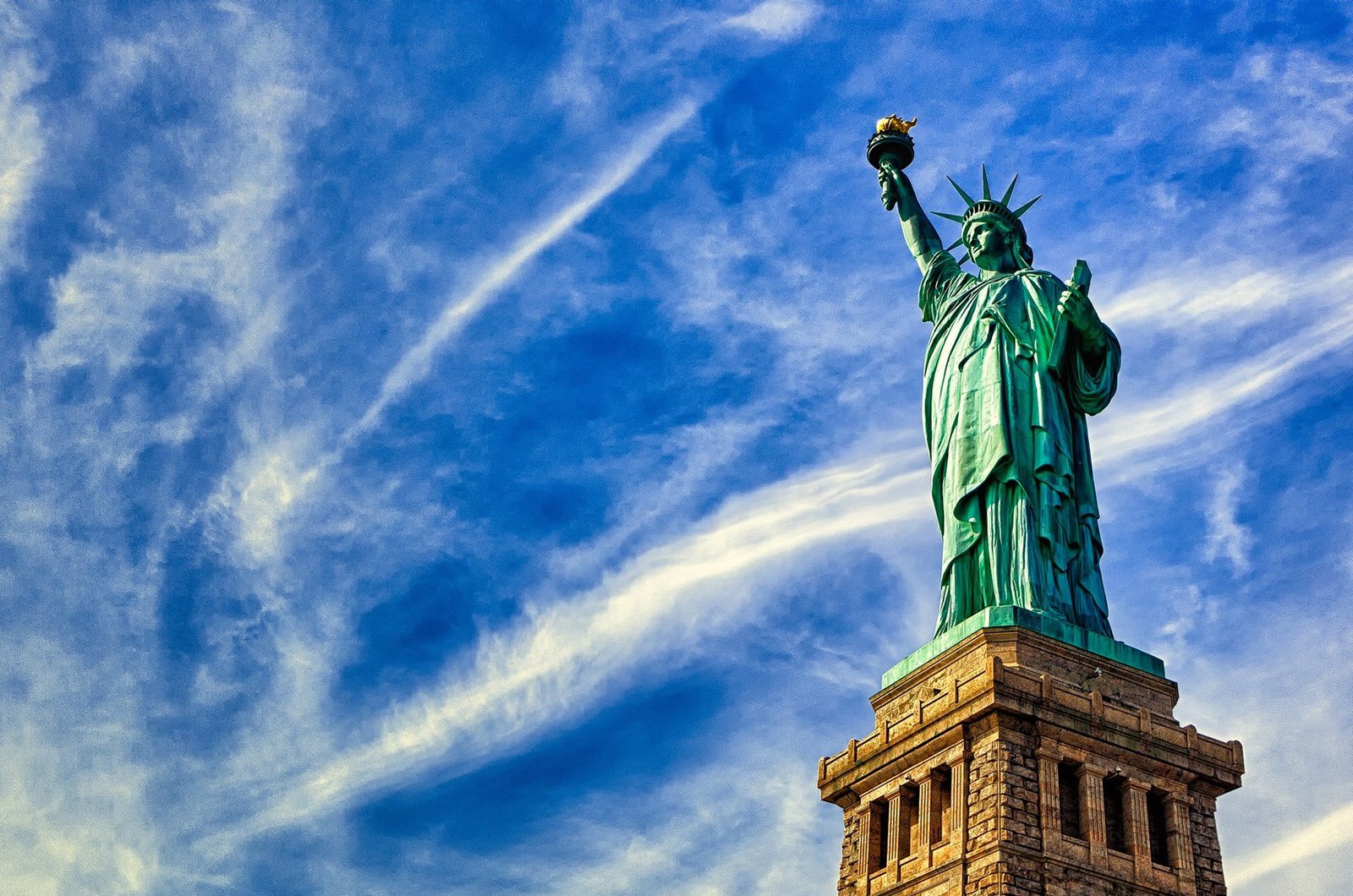 It is no longer possible to climb inside the Statue of Liberty. After the terrorist attacks, authorities have said that it would be unsafe to allow the public back inside theses structures.