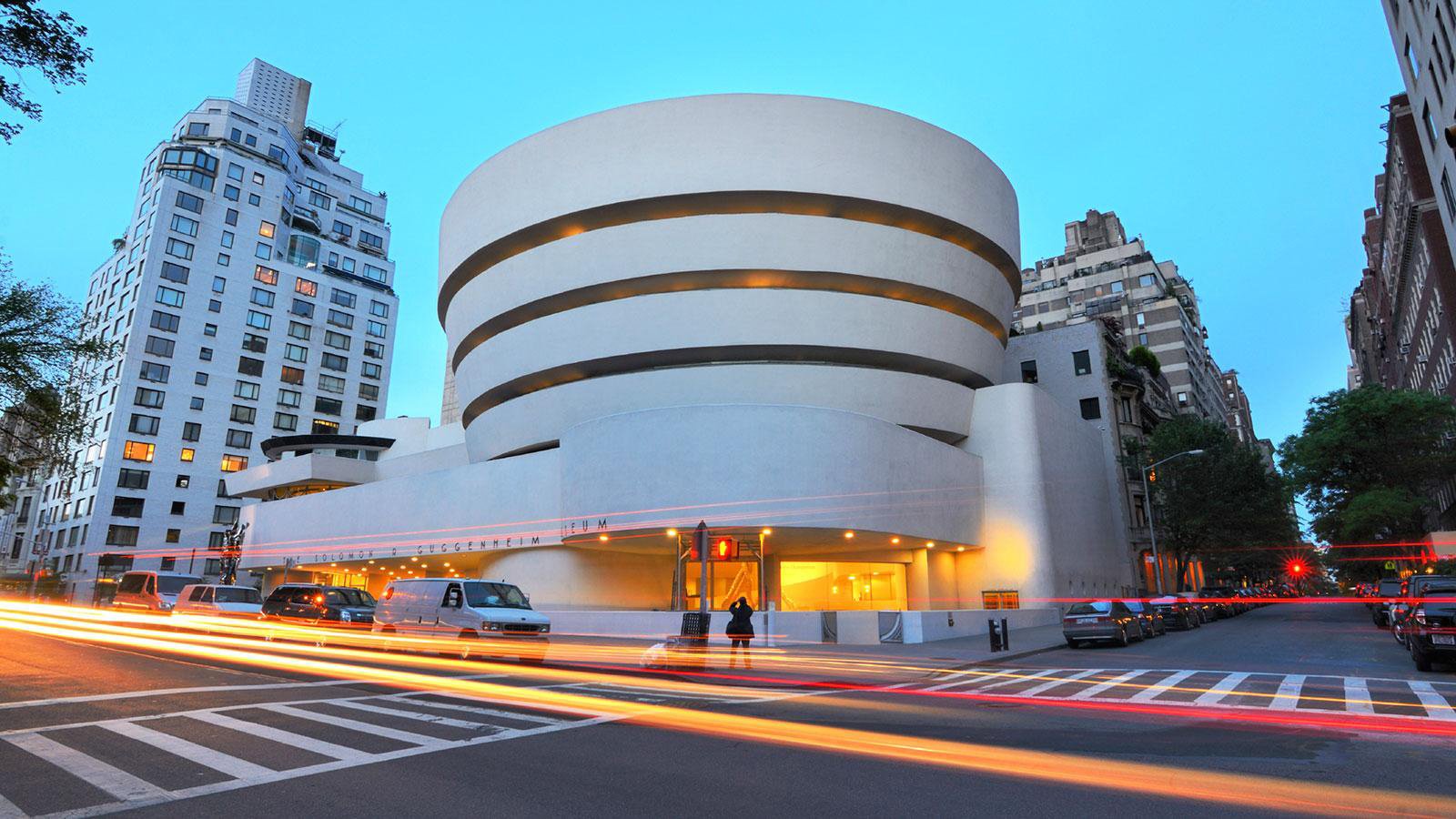 The Guggenheim Museum was established over 60 years ago by philanthropist Solomon R. Guggenheim and artist-advisor Hilla Rebay. The museum was originally known as the Museum of Non-Objective Painting. It was in 1943 that Frank Lloyd Wright, the great American Architect, was called in to design the Museum. It took 13 years and $2 million to build this architectural wonder. Over the years, the museum has acquired an impressive collection of sculpture, painting and multimedia works.

The Guggenheim Museum houses masterpieces by Impressionist, Post-impressionist and contemporary artists. Their collection includes paintings by Picasso, Renoir, Modigliani, Kandinsky, Chagall and Monet among others. The museum features an altering series of exhibitions of modern art in its main rotunda building, with a small permanent collection of works collected by Samuel R. Guggenheim himself and by Justin K. Thannhauser, who left a portion of his significant collection to the gallery. The permanent collection at the Guggenheim presents a variety of private collections from the 20th Century to the present.

The spiral building has become a New York City landmark, and consists of 6 floors, plus a tower of permanent galleries located to the rear of the building. Overlooking Central Park, the building of the Guggenheim Museum features some of the most original architectural design that you will ever see. Its designer, Frank Lloyd Wright gives the visitors an interesting building with a single continuous curved wall. The museum lacks the traditional exhibitor walls and a huge glass dome, which allows plenty of natural lighting to flow into this round museum. Inside the Guggenheim resembles a sloping spiral ramp with various elevators serving different levels.

The Guggenheim is on the “Museum Mile” along with other popular NYC museums like the Metropolitan Museum of Art. 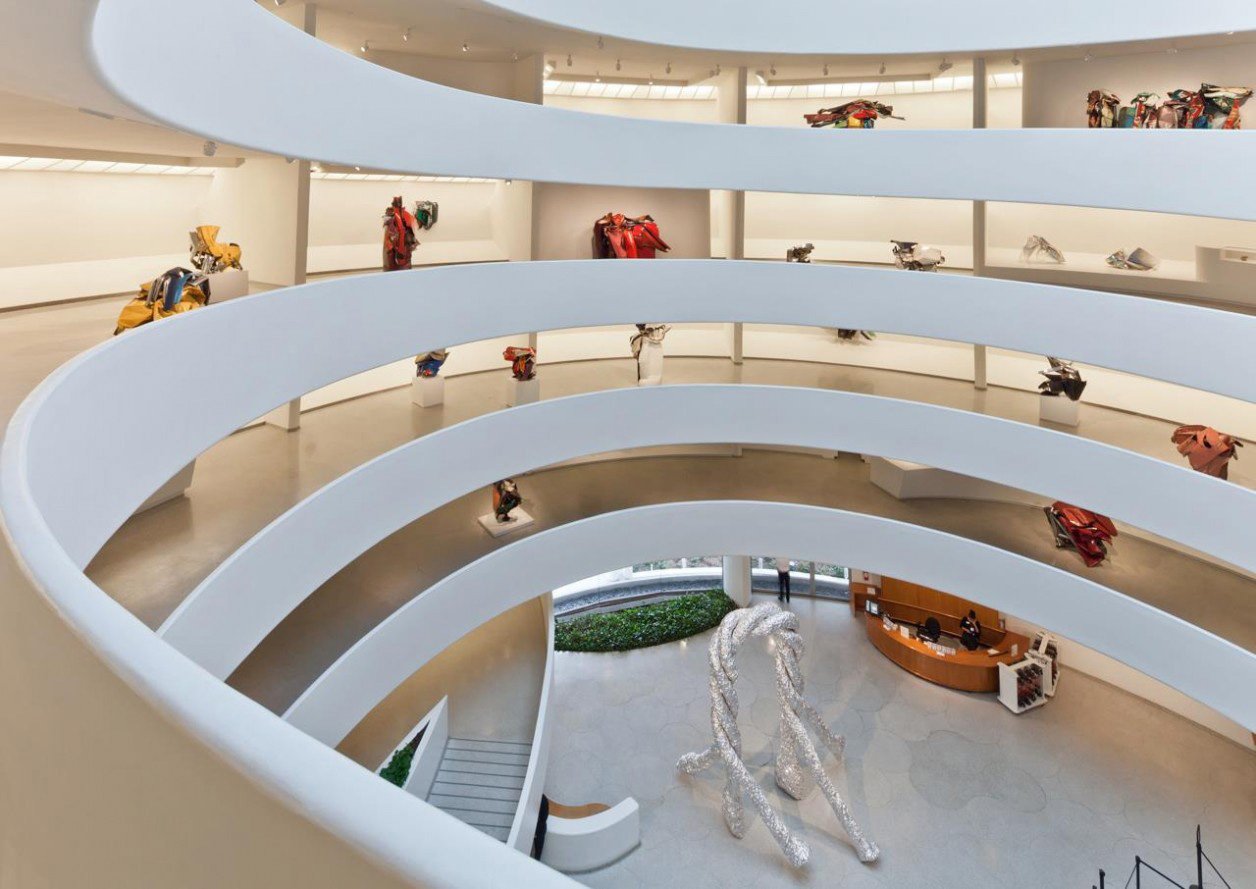 Photographs are not allowed inside the exhibit halls.