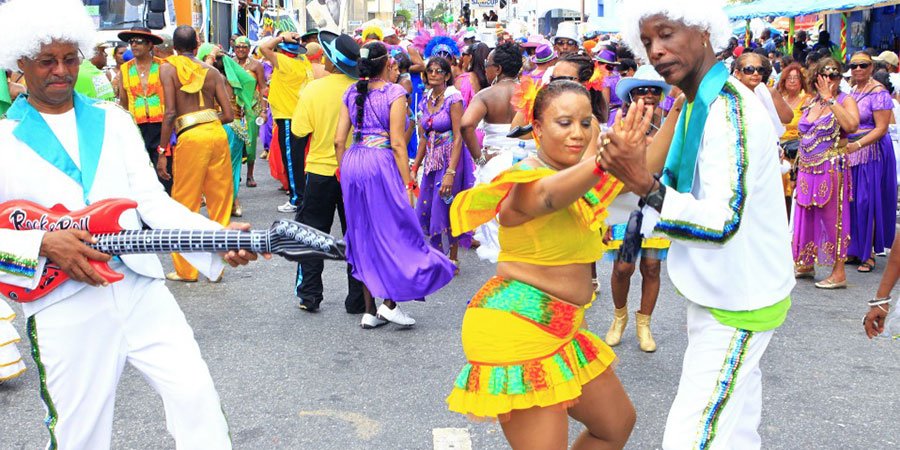 Calypso is the father of many other forms of music in Trinidad and the Caribbean.

Calypso music also known as ‘Kaiso’ (an African exclamation word meaning well done or encore) originated in Trinidad. The music was developed in Trinidad’s Carnival, which explains why it often linked with the Carnival. It combines the skills of story-telling, singing, social commentary, and humor. Calypso is generally played on folk instruments, including the guitar, banjo and various types of percussion. Calypso was once the national music of Trinidad & Tobago. These days, it has more closely related to the Trinidad carnival as it is heavily played during the carnival season. The people who sing the Kaiso are called Kaisonians or Calypsonians.

Like most musical genres found in the Caribbean, calypso is heavily rooted in West African traditional music, and was originally used as a means of communication between slaves, as well as a form of entertainment. Because Trinidad was, over time, ruled by the British, the French and the Spanish, the African rhythms that form the roots of Calypso music blended with the European folk music of all of these places to give us the heavily rhythmic but still pleasantly melodic sound that we now recognize as Calypso.  Many early calypsos were sung in a French Creole dialect called patois (“pat-was”). In the old days Calypso singers were known as “Giot” (Western African Storyteller). They later became known as the “Chantuelle” and today, they are called “Calypsonian.” It is a tradition in Trinidad to applaud a good calypso by shouting Kaiso-oo!

Carnival Monday and Tuesday in Trinidad revolve around beautiful cosutmes and colorful bands with a background of calypso music. Calypsonians provide many of the songs and melodies for the carnival and the various carnival masquarade bands. In the days of slavery, Calypso performers would perform inside shelters made with bamboo called calypso tents. These days, a calypso tent is usually a hall where you can hear the latest calypso for the Carnival. Calypsonians also compete in multiple competitions, such as the Calypso Crown Competition, which designates carnival’s Calypso Monarch. The Calypso Monarch Crown is a fiercely contested event in Trinidad. The Calypso Monarch competitions consists of two songs by the calypsonians. They are judged on their content, message, clever use of language, melody and singing ability.

Calypso is the father of many other forms of music in Trinidad and the Caribbean. Soca is an updated form of Kaiso/Calypso music which blends an experimental fusion of African and Indian music. It was created by calypsonian legend, Lord Shorty. Apart from soca, other forms of calypso have developed. Rapso is a poetry or rap style pioneered by Brother Resistance with leading artists like 3 Canal, Treason, Kindred and Ataklan. There is also a Ragga Soca, a mixture with Jamaican Ragga pioneered by Byron Lee and the Dragonnaires and with leading artists General Grant, Ghetto Flex, Bunji Garlin, Talpree and KMC. The African/Indian experimentation carried on and developed into Chutney, a mixture of soca with Hindi lyrics. It’s main star was Sundar Popo with it’s modern artists being Ricki Jai, Drupatee and Chris Garcia.