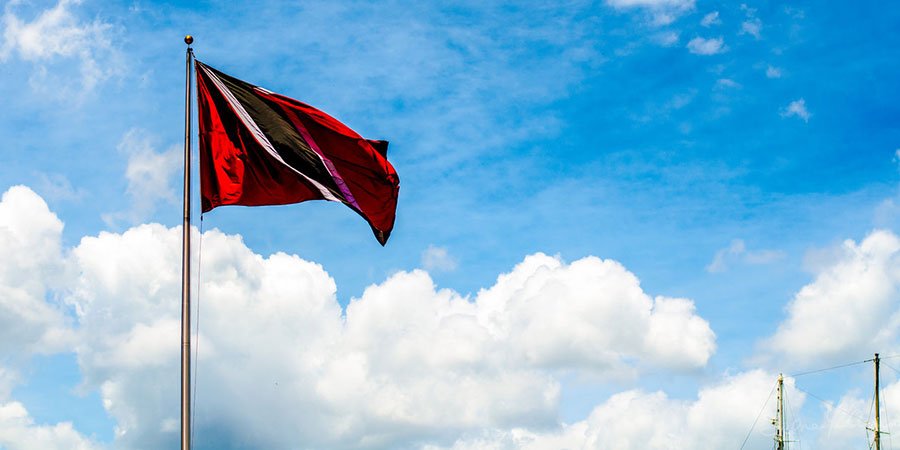 The purpose of the Trinidad & Tobago glossary is to help you better understand “Trini” slang.

Although Trinidad & Tobago are part of the Caribbean islands, both islands are geographically closer to South America than any other island in the Caribbean. In fact, millions of years ago, both island used to be part of Venezuela. Because of this close proximity to South America, they have a vegetation that is quite different from other Caribbean islands. You will also find animal life that is closer to what you would find in the Amazon.

This is the grand affair during carnival. It is actually the heart and soul of carnival. This is where anything is permitted and there are no laws. It’s the time where the influence of music and the energy of the crowd allows you to do anything.

Calypso is a form of music that was quite popular in the 1950s and was once Trinidad and Tobago’s national music. Today, calypso is still quite popular, especially during carnival time. It is also the foundation for many of the more popular musical genres like soca and rapso which are often more popular with the youth.

Carnival is a part of Trinidad’s national identity and culture. It is defined by many as the greatest show on earth. If possible, plan your visit to Trinidad during carnival time because the energy on the island is like nothing else in the world. Over the years, every one of the various cultural groups that make up the islands have added their own personal touch to the carnival. This is reflected in the costumes, bands and music that you heart and see at the carnival. Trinidad’s carnival is one of the most beautiful carnivals in the world and often draws comparisons to the carnival in Rio. The difference is that, during the 5 days of carnival, it’s not a city that celebrate, it’s the entire island.

Trinidad and Tobago have hundreds of waterfalls. Many are located in Trinidad’s north coast and it is believed that there are still plenty of undiscovered waterfalls throughout.

Every year, during carnival session, the most common question you will hear is “do you play mass”?  Playing mas means taking part in the carnival festivities by playing in the masquerade by joining a band. You can’t just observe the carnival. You have to participate in it, particularly when the carnival energy is at fever pitch. And the best way to participate is to play mas.

Playing mas means that you have bought a costume from one of the mas camps and that you will be joining a band and following them down the road.  Playing mas means that you are taking advantage of the various logistical procedures that each band has. When you purchase a costume from a mas camp of one of the bands, the bands provide additional services like unlimited drinks, food and security for all members of the band. Some of the most popular band to play mas with include tribe, poison, legends or Barbarossa.  The average price is around TT$ 1000.

Gingerbread houses are small Victorian houses made out of wood, built at the end of the 19th century and early 20th century. These houses are quite popular in San Fernando and port of Spain.

J’ouvert is one of the important moments of the carnival. It comes from the French phrase jour ouvert which translate to daybreak. Jouvert marks the beginning of Mardi gras and the celebrations begin in the middle of the night around 4AM in the morning on carnival Monday. Around this time, the entire island rushes to take part in the kickoff of the biggest party of the year.

Kaiso music is a forum of music that was created in Trinidad but who’s origins come from west Africa. Kaiso eventually evolved into calypso. Kaiso music themes usually revolve around polytonal themes and are written in the form of narratives.

Liming is the national sport of Trinidadians and their favorite activity. It’s basically having a good time with friends and family. In Trinidad, there is no fixed time for liking and there is no fixed place. You can like anytime and at anyplace. But the best place to lime are on the beach or with a friend.

Trinidad is an island blessed with an abundance of Petroleum, liquid menthol and ammonia. This is what makes Trinidad one of the richest islands in the Caribbean.

In Trinidad, the rum shop is an institution. Trinis love their rum! As a consequence, there are plenty of rum shops throughout the island selling rum at very low prices. Rum shots are the perfect place to socialize and lime. Every dissect and every village has its rum shop. Most rum shops will have a bar with 3 to 4 tables and chairs. When you cost a rum shop, you will be better with fan drinks, good music and useful information.

Soca is a music genre that is derived from calypso. It is often thought of as an accelerated form of calypso. The word soca is a combination of the words soul and calypso.

Trinidad’s north coast is one of the few places in the Caribbean where nature has remained mostly untouched. That is why it is still a destination where thousands of giant turtle come each year to lay their eggs. Local villages go as far as to block access to certain beaches during this period so that the turtles are not bothered by human activity. There are still however many place where you can go to watch these giant turtles lay their eggs.

Wining is an expression which means to gyrate your hips rapidly, usually to soca, reggae or calypso music. You can wine by yourself, with a partner or with many partners.