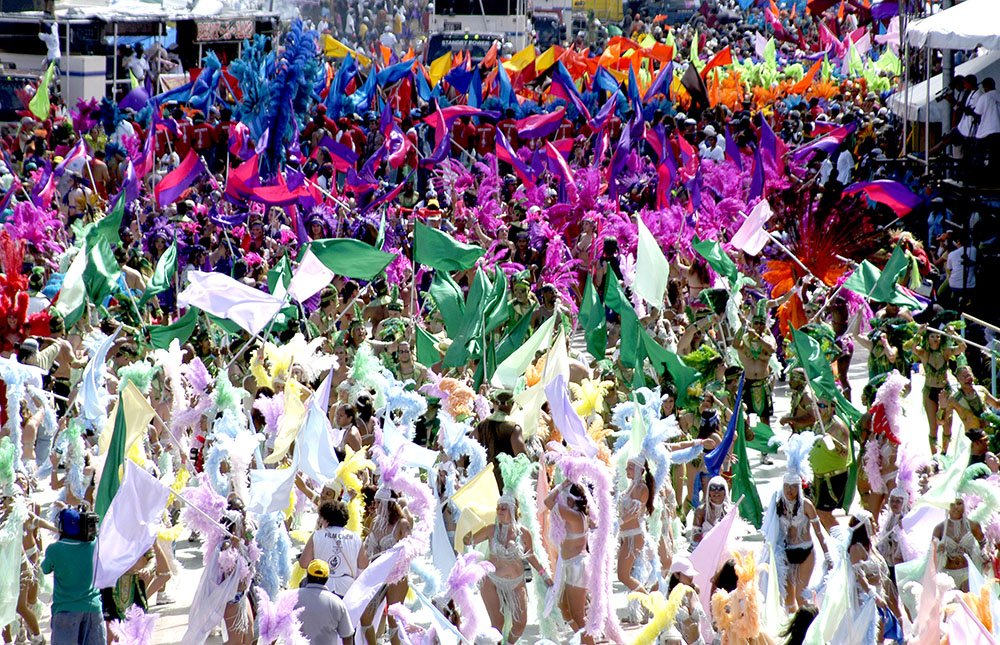 Some soca artists include social commentary in their lyrics, but generally, soca lyrics are silly and playful. Much like traditional calypso, soca music frequently revolves around saucy or bawdy lyrics and thinly-veiled double-entendres.

Soca music is a blend of traditional calypso and classical Indian Music. Soca first came about in the 1960s in Trinidad and it continues to be one of the most popular genres of Caribbean music in the world. Soca music is high energy music with the purpose of uplifting people and making them have a good time.

Much like traditional calypso, soca music frequently revolves around saucy or bawdy lyrics and thinly-veiled double-entendres. Some soca artists also include social commentary in their lyrics, but generally, soca lyrics are silly and playful. The most recognized soca song of all-time is probably “(Feelin’) Hot Hot Hot”, the title of a soca song from 1982 by Arrow (Alphonsus Cassell). The original version became an international dance floor hit and was later covered by artists around the world

Soca stands for “soul of calypso,” and it was invented in the 1970s by Trinidadian artist Lord Shorty, who claimed that the soul of calypso was as multicultural as his island’s African and East Indian descendants. To set this post-colonial hybrid to music, Shorty sped up calypso and gave it an Indian twist. Since then, soca has evolved to become one of the most popular forms of music from the Caribbean.

Soca During the Carnival

Trinidad’s Carnival season revolves around Soca music. Soca artists record, release and perform music at a rapid pace during carnival season, when the whole country is partying to the same soundtrack. Every year, during the carnival, the world’s best soca artists compete in two important musical competitions: The “Road March” and the “Soca Monarch“.

The Road March & The Soca Monarch

“The Road March” is a people’s choice award for the most popular song during the carnival parade — it’s the most-played song during the grand parade as voted by the various bands that participate in the parade. “The Soca Monarch,” on the other hand, is crowned at a massive concert held just before carnival. Soca Monarch is a Soca competition that is loud, grand, extravagant and flamboyant. The Soca Monarch is crowned by the judges of the competition and involves a cash prize. For the past couple of years, the favored candidate has been Machel Montano, a soca icon, known for being obscenely good at wining.