The American Museum of Natural History is one of the largest museums in the United States and the country’s largest natural history museum. Located just across from Central Park in Manhattan, the museum is one of the largest and most celebrated museums in the world. The museum can easily take an entire day to see, and features exhibits on animals, marine life, dinosaurs, fossils, meteorites, minerals, gemstones, native peoples, birds, and rain forests. It is one of the city’s largest and most visited museums.

The Museum itself was founded in 1869, but only moved to its current location in the Upper West Side in 1877. The museum kept expanding and building kept being added to the museum to the point that it’s now become a complex of interconnected buildings. One of its most intriguing wings is the Rose Planetarium. Completed in 2000, it contains a sphere which shows films about space and our universe. The Museum is now composed of 25 interconnected buildings that house 46 permanent exhibition halls, research laboratories, and a world- renowned library. The collections contain over 150 million specimens, of which only a small fraction can be displayed at any given time. The Museum has a scientific staff of more than 200, and sponsors over 100 special field expeditions each year.

You can spend hours in the exhibit halls of the American Museum of Natural History. Dinosaurs, meteorites, fossils and more fascinating objects from nature can be found in the permanent exhibitions of the American Museum of Natural History. The permanent exhibits include – the “stars” of the museum – the dinosaurs in the Fossil Halls, geological specimens in the Hall of Planet Earth, and a 94-foot long whale model in the Hall of Ocean Life. The model of the Tyrannosaurus Rex, composed almost completely of real fossils, is another highlight of the museum. Along with permanent exhibits, various temporary exhibits are also offered throughout the year, although the temporary exhibits usually have a separate entrance fee.

The American Museum of Natural History is a great destination and a must-see for the whole family. Although the museum is geared towards younger people, it is a very educational museum. The museum features many special halls, including halls dedicated to the universe, marine life, native Americans, biodiversity, birds, dinosaurs, and so much more.

There are 5 entrances to the museum, one on each street around the block as well as an additional entrance by the subway. As large as the museum is, it is quite easy to navigate and the well laid-out. There’s also an IMAX theater, Planetarium, a large cafeteria and plenty of museum shops. The museum has 5 levels with 45 Museum halls where you can spend an entire day to. Be sure not to miss the Space Show at the Rose Gallery on 1st floor, and the famous Fossil Halls on the 4th floor. Tickets to the Museum may be purchased at the Museum or in advance online or by phone at (212) 769-5200, Monday – Friday from 9:00 a.m. to 5:00 p.m. A service charge will be applied to all online and phone ticket sales. 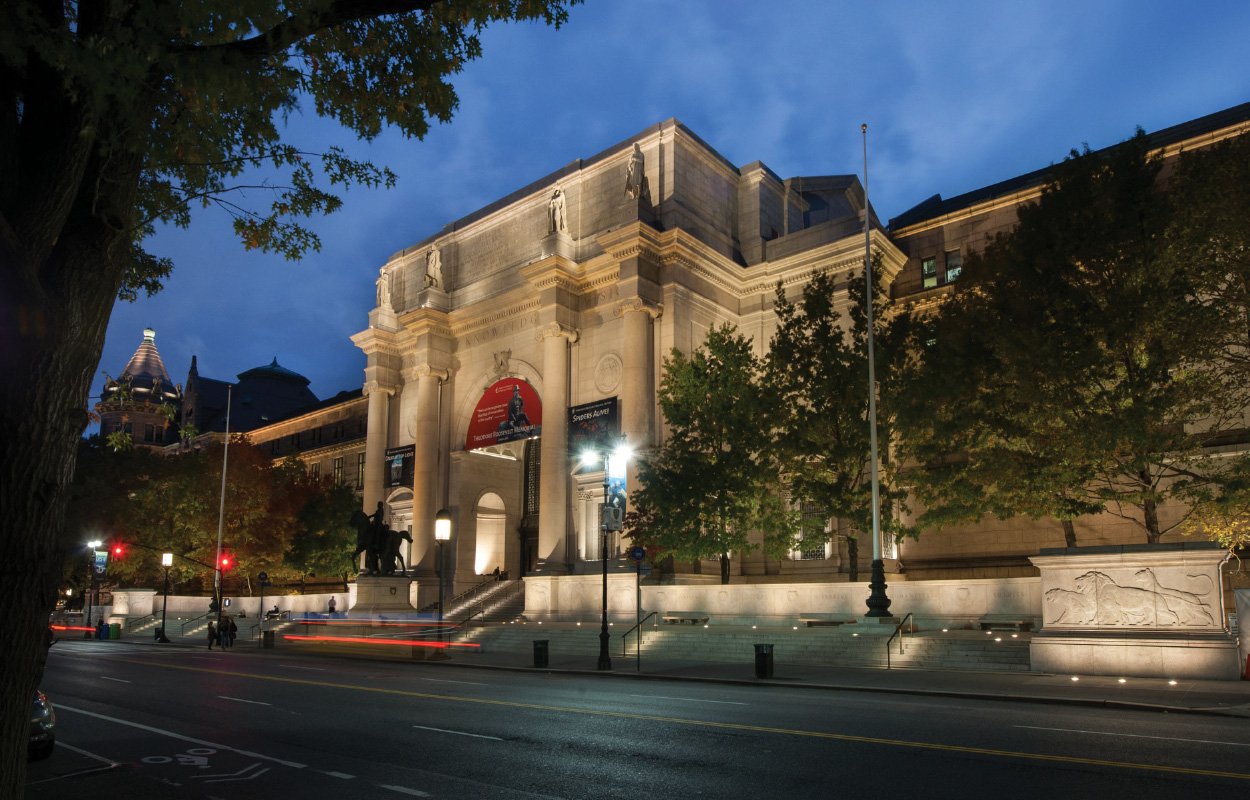