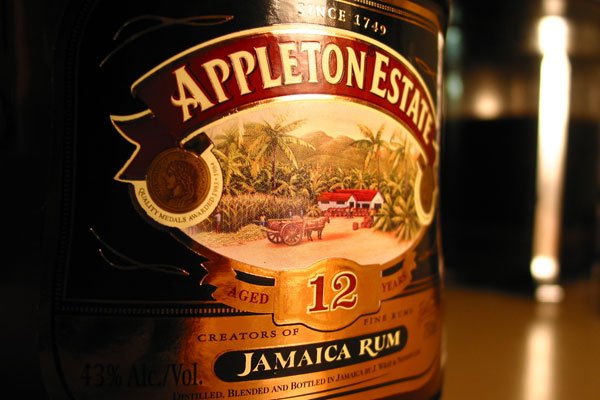 Jamaicans take great pride in their rum. It’s no wonder since rum is one of the largest exports of the country. Although many other Caribbean islands are proud of their rums and other spirits, few Caribbean drinks have the notoriety of Jamaican rum. Jamaica was the first Caribbean island to produce commercially. Rum is probably Jamaica’s most popular export. This might explain why Jamaica produces some of the best in the world. In fact, since the 1870’s, Jamaica has been winning awards for the quality of its rum.

Jamaican rums range from rich dark rums to the famous overproof white rums. You’ll find different colors of Jamaican rum, ranging from clear to light, dark, and very dark. The alcohol contents can range anywhere from 40% alcohol to over 75% alcohol. The most popular type of rum sold in Jamaica are the light rum, also known as white rum.

Most Jamaicans will drink white rum. Local Jamaicans chase down the white rum either coconut milk or water. You can find it in many local bars and Rastafarians will often mix it with their Ganja (marijuana). White rum contains about 40% alcohol but you can also find the ‘151’ rum. 151 Proof Rum is a well-known brand of rum – commonly dark, aromatic and always high in alcohol content. It is often known as “Overproof” rum. Stron rum is popular in many types of mixed drinks.

These brands of Jamaican rum are sold both in Jamaica and all over the world. depending on the brands and the type of rum, the rum is aged for a specific length of time, with some aged 12, 20, or even 30 years. The price of a bottle of rum, in general, increases as the alcohol content increases and the age of the rum increases.

Rum can be purchased all around the island. The lowest prices for rum in Jamaica is normally found at supermarkets in the major cities such as Montego Bay, Ocho Rios, and Negril. Hotel gift shops normally sell rum at higher than average prices. Rum can also be purchased at the international airports at fair prices.