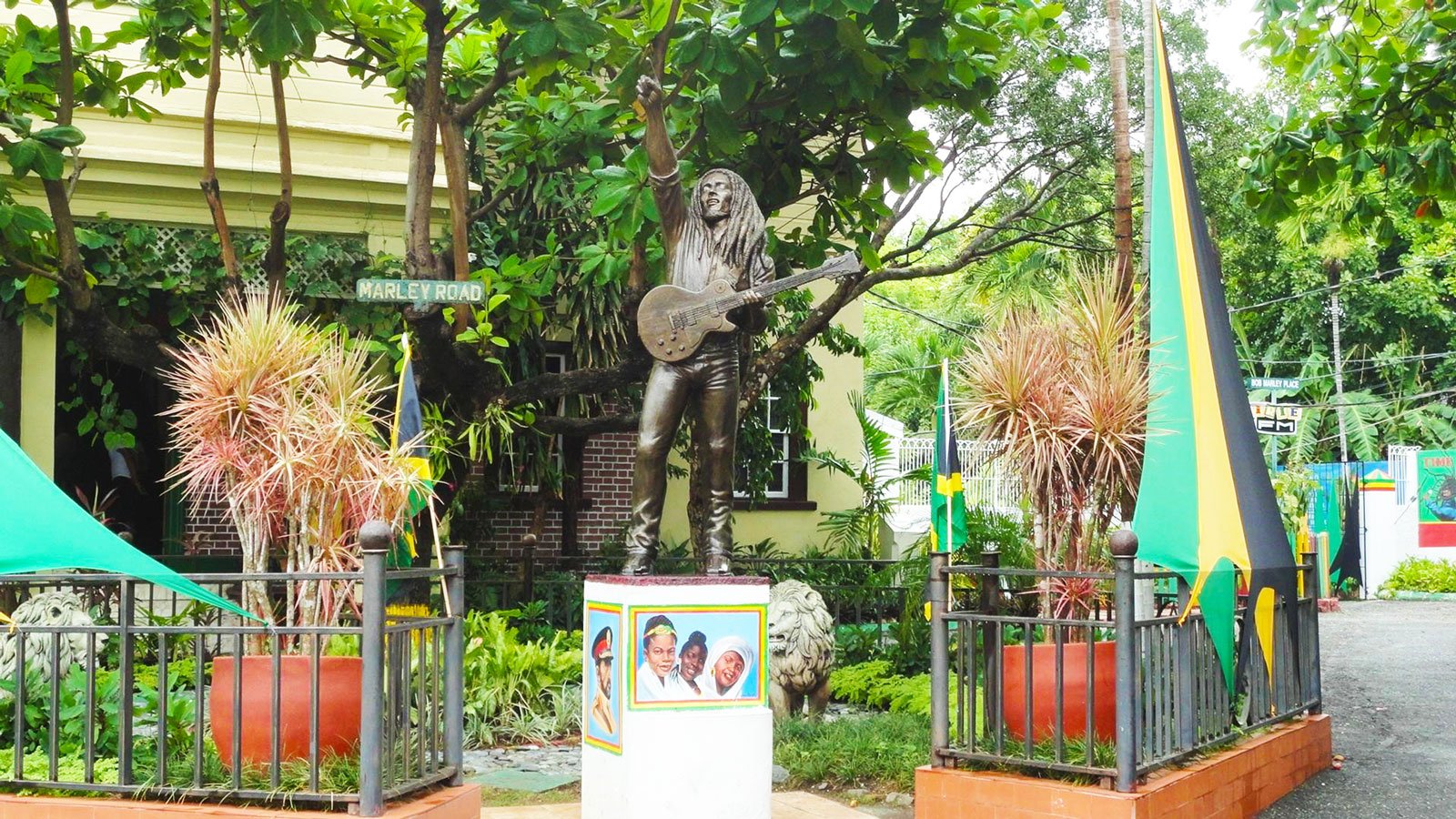 Located on 56 Hope Road, Bob Marley lived in this house prior to it becoming Tuff Gong Studios where he and the Wailers recorded much of his classic Reggae tunes.

The Bob Marley museum is a museum in Kingston dedicated to the legendary reggae musician, Bob Marley. The museum sits atop the former home of the world-famous reggae legend. If focuses on Bob Marley’s legacy and his achievements. The museum tells the story of how Bob Marley rose to fame in the ‘70s and went on to sell over 75 million albums. Marley’s bedroom has been kept as it was, with his guitar by the single bed. Among his other personal belongings on display are his favorite denim shirt and Rastafarian cloaks. Browse through the history of his career and his bands The Wailers and The Upsetters. Study media clippings, photographs and his collection of awards, such as the Order of Merit from the Jamaican Government.

The museum is situated on the site of the legendary musician’s home, which he purchased in 1975. This house, featuring 19th-century architecture, was Marley’s home until his death in 1981. It was converted into a museum six years later by his wife, Mrs Rita Marley. Located on 56 Hope Road, Bob Marley lived in this house prior to it becoming Tuff Gong Studios where he and the Wailers recorded much of his classic Reggae tunes. During the tour of the museum, you get to see that Bob Marley actually lived in this home. This helps to convey a real sense of history of the spirit of Bob Marley. While the museum is somewhat basic by some standards it gives an honest look at the lifestyle Bob lived prior to his untimely death due to cancer in 1981.

If you are a fan of music, philosophy, Rastafarians, or Bob Marley’s legacy and details of his history, the Bob Marley museum is the place for you. The museum tour takes you through the various parts of the house as you learn about the life and death of Bob including the famous attack on his life when he was shot several times but survived.

A tour of the Bob Marley museum is a great way to immerse yourself in the sights and sounds of Bob Marley. This guided tour features various displays and exhibits, including a life-sized 3-dimensional hologram of Bob Marley form the One Love Peace Concert in 1978, his Grammy Lifetime Achievement award, his personal Recording Studio, his bedroom, favorite cloth and an assortment of various Gold and Platinum records that he received all around the world.

All original rooms have been kept as they were when Bob lived there to ensure authenticity. The tour lasts approximately 2 hours. Tour guides at the museum are knowledgeable, funny, and engaging. They bring the museum and the stories alive, with their knack for storytelling. There is also a theatre featuring live performances of Bob Marley during each tour. 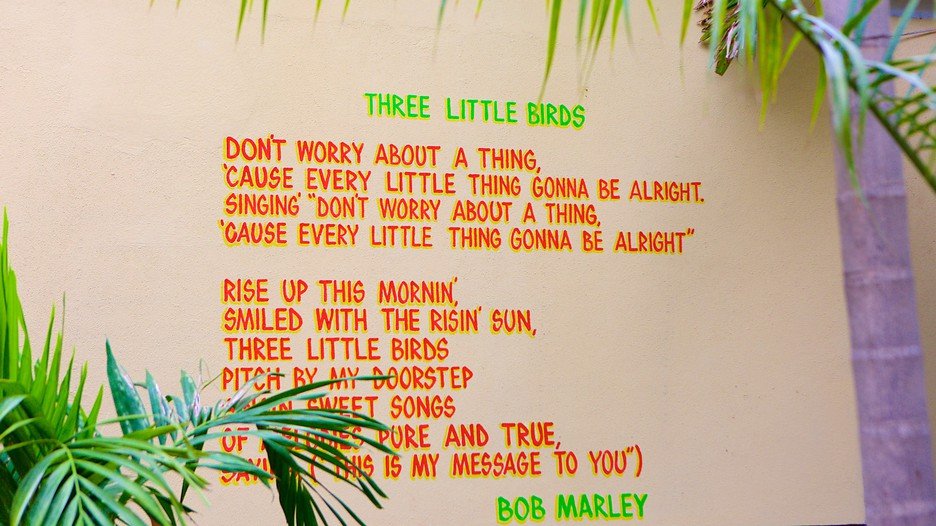 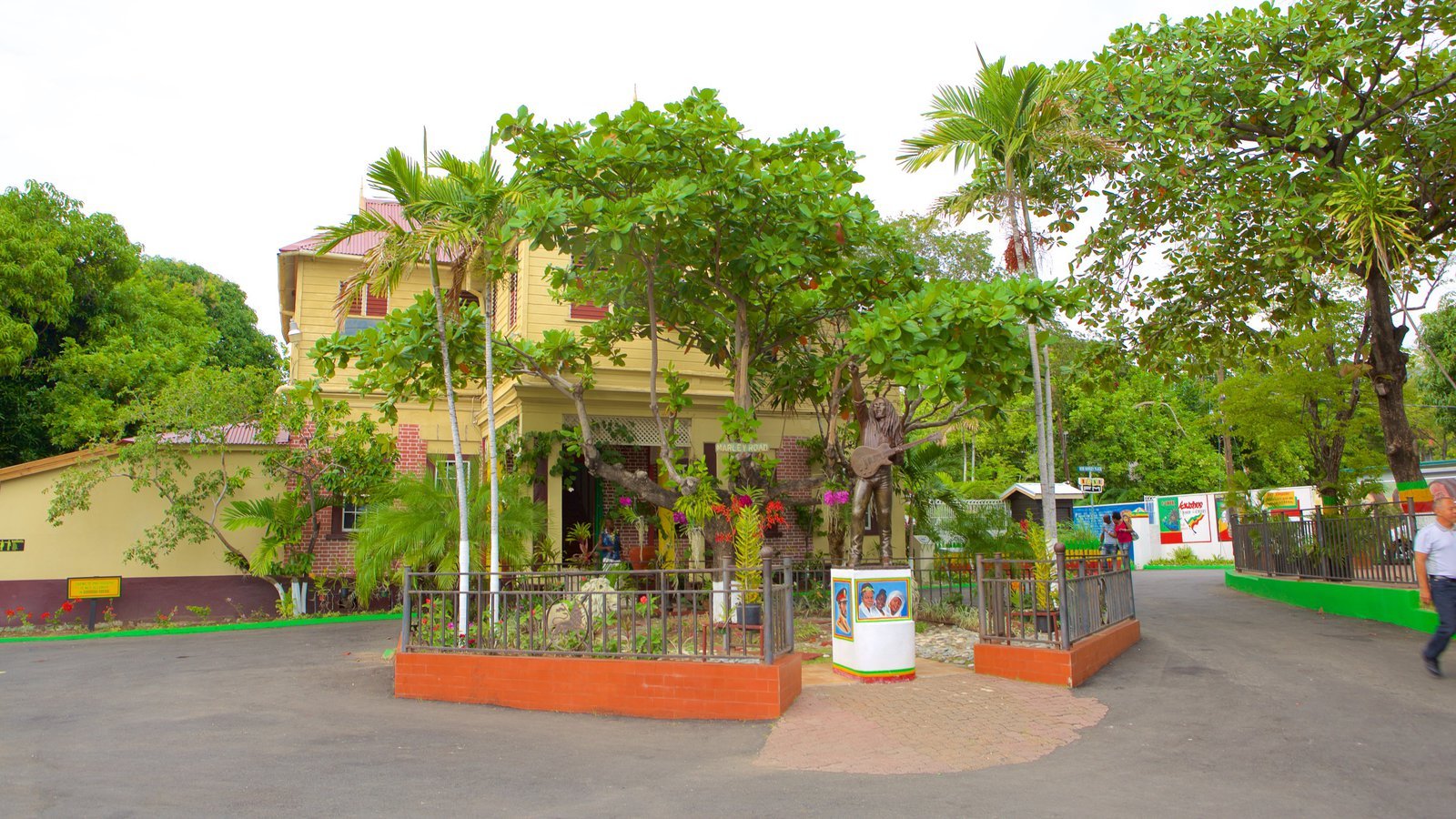 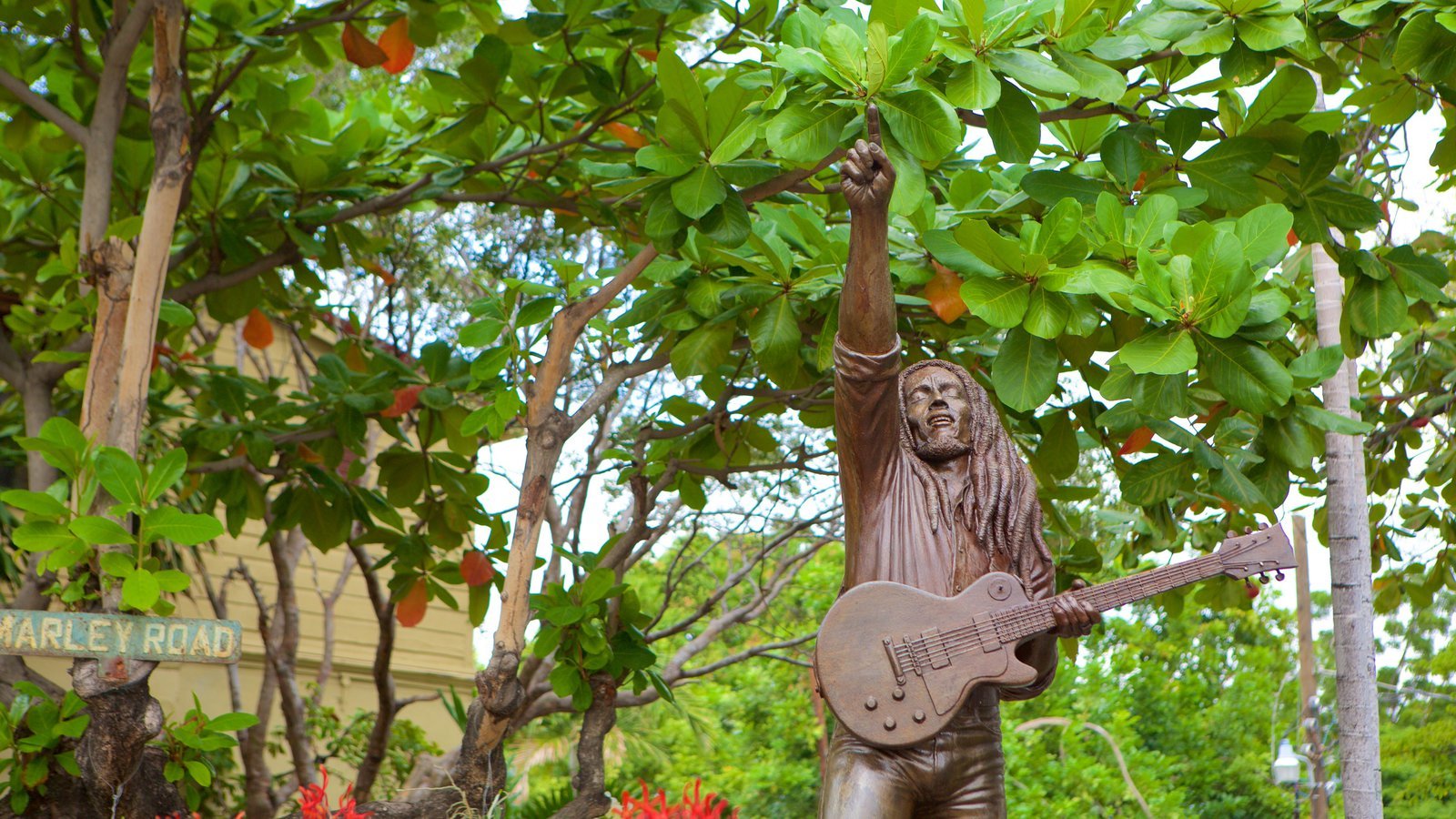 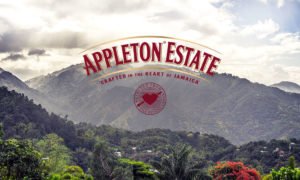