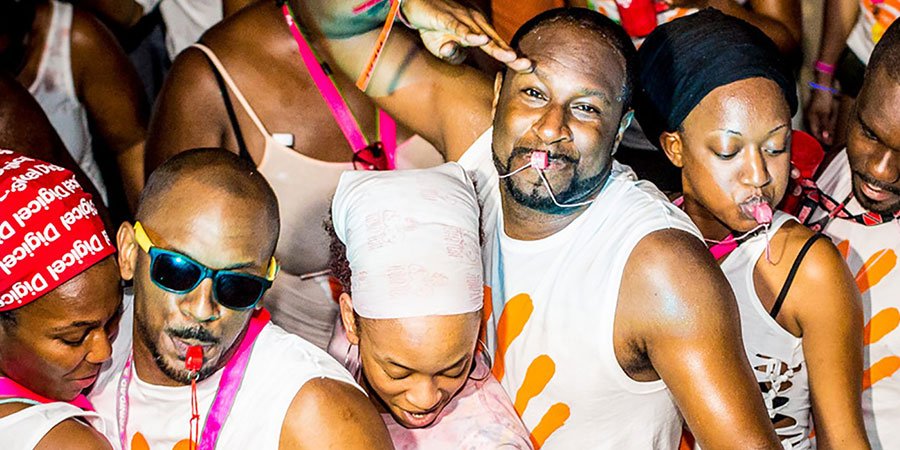 While Indian music is sometimes daunting to a casual or new listener, Chutney is fun, accessible and highly danceable party music.

Chutney music is a combination of traditional Indian music, soca and calypso, and it takes its name from the spicy Indian condiment of the same name. Chutney music sounds a great deal like soca, which is also influenced by Indian rhythms, but takes the sound a bit further, combining not only classical Indian sounds, but also the sounds of modern Indian films and Bollywood music.

Chutney music is sung primarily in English, Hindi and Bojhpuri. The lyrics of Chutney were traditionally religious in nature, but nowadays take on many of the good-time (occasionally bawdy) lyrics that are common in all genres of modern Caribbean music, including soca and reggae. While Indian music is sometimes daunting to a casual or new listener, Chutney is fun, accessible and highly danceable party music. It’s popular in both India and in the East Indies, and in those ethnic communities in cities like Tampa, Miami and New York.

Trinidad and Tobago is the undisputed king of chutney soca, mainly because the island’s Indian population is nearly 50 percent of the population. Although chutney soca is mainly associated to Trinidad and Tobago, other Caribbean islands have also produced chutney-soca musicians who have achieved international acclaim: Guyana and St. Vincent and the Grenadines.

Chutney Soca during the Carnival

The world’s largest chutney-soca competition takes place in Trinidad each year during Carnival season. Regardless of the artist’s native country, the champion, or Chutney Soca Monarch, receives a substantial cash prize and has a captive audience for his or her hottest releases. Radio airplay and Carnival fetes or parties can boost both sales and a chutney-soca artist’s name recognition.