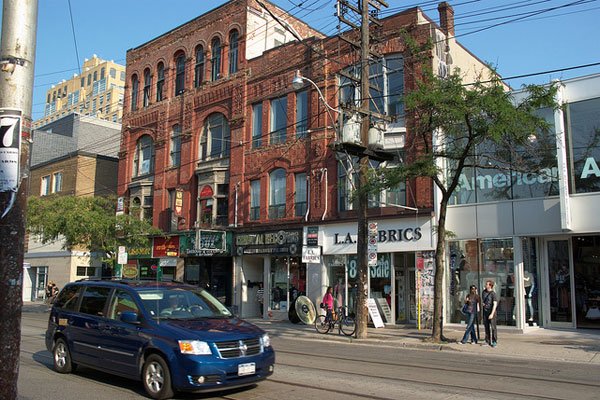 Compared to other popular cities around the world, where a car is not recommended for getting around, using a car to get around Toronto is an acceptable option. Unlike New York City, London or Paris, Toronto’s streets are well-laid-out, so it is relatively simple to navigate Toronto’s streets and highways.

Compared to other popular cities around the world, where a car is not recommended for getting around, using a car to get around Toronto is an acceptable option. Unlike New York City, London or Paris, Toronto’s streets are well-laid-out, so it is relatively simple to navigate Toronto’s streets and highways. However, it is still not recommended to get around downtown Toronto by car if you are a tourist.

In Toronto, pedestrians always have the right of way. You must stop for pedestrians. Yellow–orange overhead bars marked with black X’s indicate and often school zone. You should also look out for signs that take effect at specific times, often during rush hour where parking is prohibited and turns as well as lanes are reserved for buses and taxis. These areas are usually marked with white diamond shapes.

In Toronto, just like the rest of Canada, the speed limit is posted in kilometers. speed limits are in kilometers per hour. Highway speed limits range from 90 to 100 km/h, which is the equivalent of around 55 to 62 mi./h. Speed limits in city streets can range anywhere from 30 to 70 km/h, but most downtown areas have posted speed limits of 50 km/h. Unless otherwise posted, right turns are permitted on red lights when there is an appropriate break in traffic. Just make sure to watch out for pedestrians and cyclists also shared. In Toronto, everyone must wear a seatbelt.

Like all major cities, traffic in Toronto can sometimes be a nightmare, particularly rush-hour traffic. You can expect some pretty reckless drivers like in any other major city in the world, so be careful.

Parking fees in Toronto are generally quite expensive and the main reason why most people decide not to use a car to get around Toronto. Parking is particularly expensive around the downtown core of Toronto where parking is also quite difficult to come by. Many of the popular tourist areas of Toronto also tend to be quite expensive.

Toronto has many large freeways around the city. Most Toronto’s main freeways are in the 400 series. Toronto’s main highway artery is the 401 highway. It is one of the busiest highways in the world and Canada’s most congested freeway, particularly during rush hours. Other Toronto highways include Highway 404, Highway 427 and the Don valley Parkway (DVP). Highway 407 is Ontario’s first and only toll highway. There are no tolls, but your license plate will be electronically scanned and you will be billed were to distance traveled in time and date.

Driving with Streetcars in Toronto

Driving in downtown Toronto is quite difficult because cars must share the road with streetcars. Because streetcars routes are primarily located throughout Toronto’s downtown core, you will have to interact with streetcars, if you plan to drive in Toronto. Streetcar tracks will often grip to the wheels of your car and cause the vehicle to sway around. It’s illegal to pass the streetcar on the right while its doors are opened for passengers to embark or disembark, so pay special attention to when the streetcar makes a stop to let passengers embark/disembark