The Square is named after the former Toronto Mayor, Nathan Phillips, who was mayor of Toronto from 1955 to 1962. The square opened in 1965 along with the City Hall. Many of Toronto’s concerts, festivals and public events take place on Nathan Philips Square.

Nathan Philips Square in the Summer

In the summer, Nathan Philips Square becomes a popular retreat for Toronto locals and out-of-town visitors. Concerts, events and farmers markets are some of the events held in the square over the summer. Every summer the Square holds the Toronto Outdoor Art Exhibition where you can find all mediums of art on display for sale. The farmer’s market is held on Wednesdays along with Tasty Thursday where you can sample an array of ethnic dishes. On a summer day, the square is also an excellent spot for people watching, especially from one of the benches facing the arches.

The square was designed by famous Finnish architect, Viljo Revell, who also designed the City Hall. The square houses a peace Garden and a reflecting pool. In the wintertime, the pool transforms into an ice skating rink, complete with food vendors and skate rentals.

Getting to Nathan Philips Square

Nathan Philips Square is located at the intersection of Queen Street West and Bay Street. 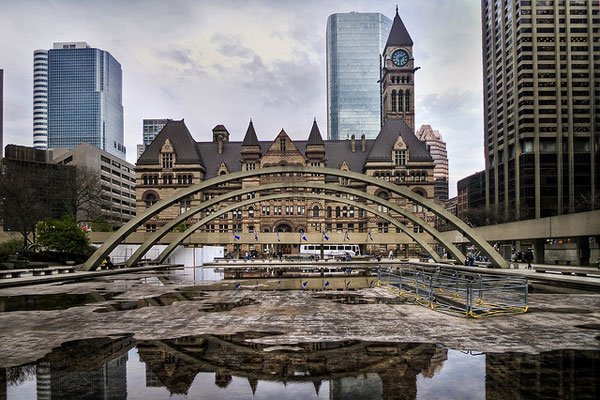 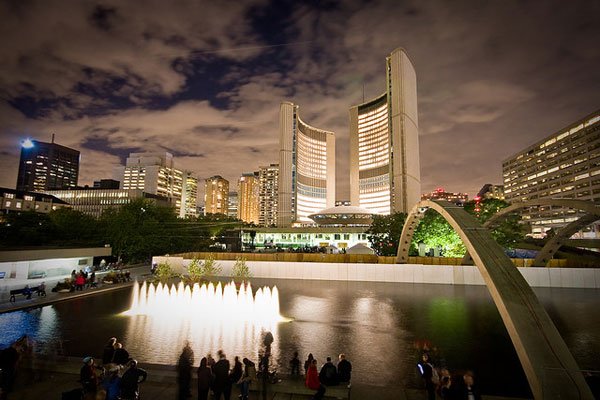 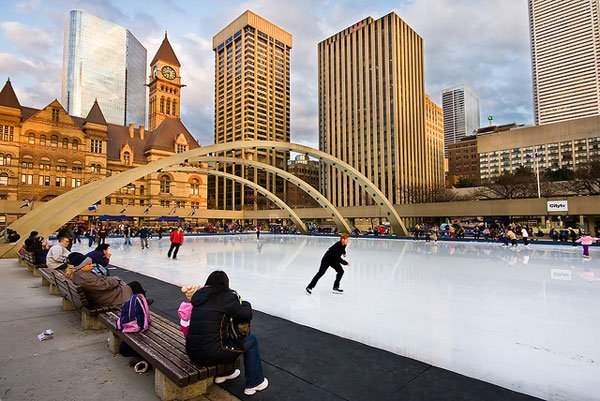 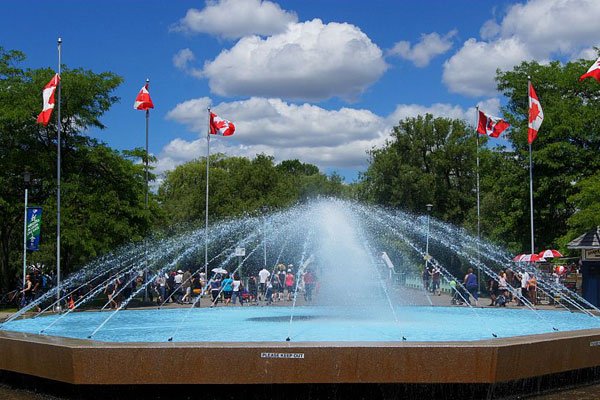 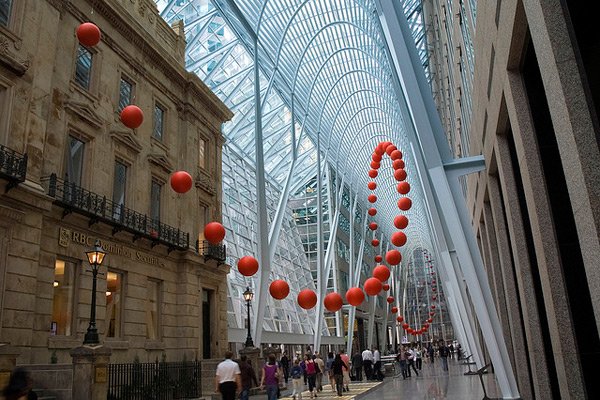