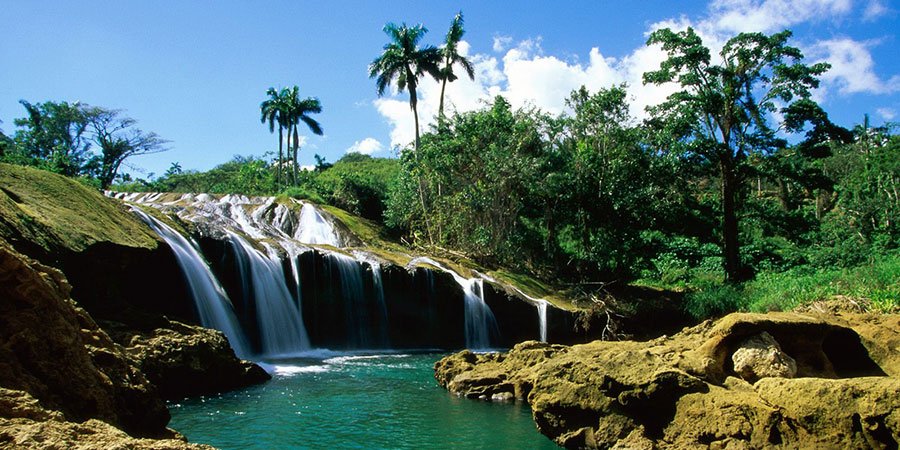 Tobago is a paradise island for eco-tourists. Tobago contains more than 210 bird species, 23 butterfly species, 5 species of turtles, 24 species of snakes (non of which are venomous), 16 lizard species and 14 species of frogs.

While Trinidad and Tobago collectively do not depend on tourism as a major source of revenue, the nation has gained a very strong reputation as a popular destination for eco-tourism. The reason why eco-tourism is so popular in Trinidad is due to Trinidad and Tobago’s unique climate which combines the flora and fauna of the Caribbean with the wilder aspect of the South American mainland.

In Trinidad you can hike through undisturbed rainforest studded with pristine waterfalls, take a boat ride through mangrove swamps and watch leatherback turtles nest on remote beaches. It’s estimated that there are some 700 varieties of orchids alone, plus 400 species of birds. Trinidad’s “deep south” is an area largely unvisited by tourists. But this area features picturesque fishing villages and deserted beaches. And far removed from the traffic jams of Port-of-Spain, you can explore the fauna and flora of the island by visiting Trinidad’s calmer countryside.

Tobago is a paradise island for eco-tourists. Tobago contains more than 210 bird species, 23 butterfly species, 5 species of turtles, 24 species of snakes (non of which are venomous), 16 lizard species and 14 species of frogs.

Birdwatching is a very popular tourist activity in Trinidad. Trinidad is home to more than 430 bird species in an area of 4830 square kilometers, making it one of the world’s best travel destinations for birdwatchers.

Tobago is blessed with beautiful beaches and stunning coral reefs. The most accessible beaches are on the north coast, while the Northern Range offers excellent hiking, river and waterfall swimming and superb birdwatching. In contrast to the north, central Trinidad is dominated by flat agricultural plains. Tobago has one of the largest brain corals in the world and sightings of manta rays are quite common. Many divers have declared Tobago as one of the best diving areas in the Caribbean.

Some of T&T’s most popular natural assets are the Caroni swamp, nesting area of the scarlet ibis, and the protected wetlands of Nariva, home of manatees and anacondas.