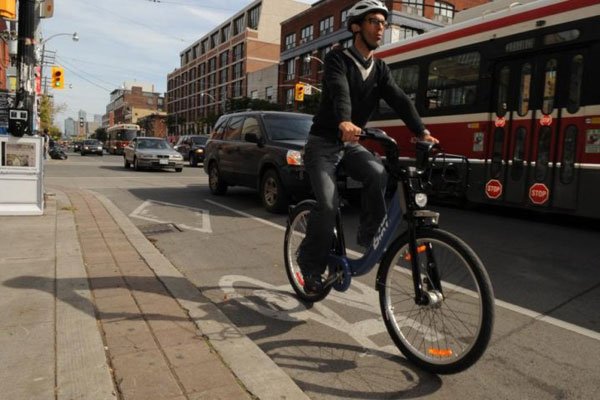 Toronto is attempting to regain its position as one of the best cycling cities in North America (the city was awarded this title in 1995). The city has recently rolled out the BIXI bicycle sharing program in an attempt to provide alternative transportation options to Toronto locals and visitors. BIXI Bikes is a bicycle sharing system that hosts more than 1000 bikes at 80 docking stations within the downtown core of Toronto. You can use your critter card to pay for 24 hours(5 $) or 72 hours($12). To find the docking station, you can visit toronto.bixi.com.

Bicycles are permitted inside all the public transportation buses, subway trains and streetcars (except during peaks hours). Although Adults are not required to wear helmets, it is recommended to do so. Children must wear helmets.