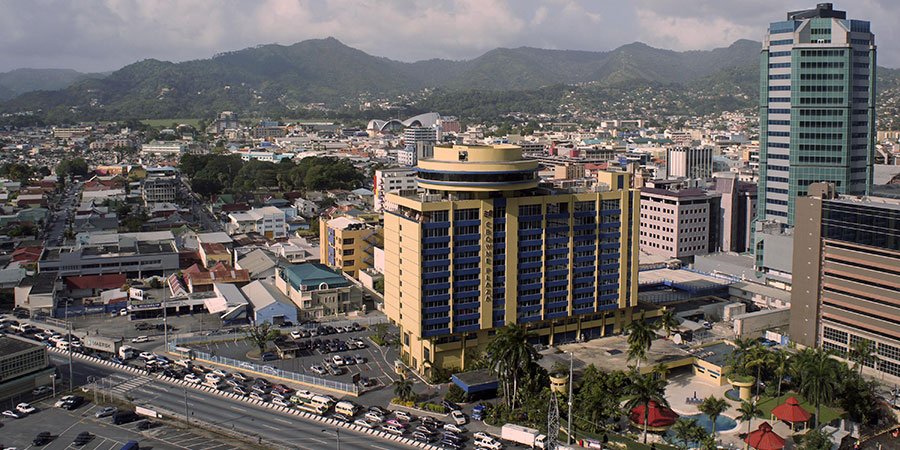 Port of Spain is one of the most bustling commercial centers in the Caribbean. The city has a population of about 120,000 and it’s mostly hot, humid, and a little dirty.

A visit to Trinidad inevitably begins in the capital, Port of Spain, home to most of Trinidad’s accommodations and the starting point of the island’s transport system. It is also recognized as the carnival capital of the world. Port of Spain is one of the most bustling commercial centers in the Caribbean. The city has a population of about 120,000 and it’s mostly hot, humid, and a little dirty. However, it still considered a major port of call for Caribbean cruise lines.

Vibrant, loud and multicultural, Trinidad’s capital city gives visitors a good representation of the Island. The city feels like a patchwork of neighborhoods, each with their own distinct characters and communities. On the West, it’s Indian, the East is blacks and Whites on the North. In Port of Spain, Roman Catholic Churches exist side by side with Hindu temples and Muslim Mosques. You can find various restaurants from Creole, Chinese, Indian, Chinese, Italian and Syrian.

In past couple of years, there has been a huge influx of American influence around Port of Spain. Litle shops are now in completion with large malls and street vendors who sell rotis and sandwiches by the side of the road are now in competition with international food chains like KFC. But as it has done for so many many times in the past, Port of Spain will figure out a way to include this new culture into its fabric and add it to the multiple influences that make this city so multicultural.

Port-of-Spain is where the action is. With its shopping centers, fast-food joints, modern hotels, and active nightlife, draws various visitors from around the world. Port-of-Spain is filled with inexpensive inns and guesthouses. Since most of the restaurants cater to the locals, dining prices are usually quite low. In fact, prices on Trinidad are often lower than on many other islands in the West Indies.

“The Savannah” consists of 80 hectares (198 acres), complete with soccer, cricket, and rugby fields, and vendors hawking coconut water and rotis. The Savannah was once part of a sugar plantation and is now a public park. Appreciative residents play soccer and fly kites in the park’s expansive grassy fields. It’s a grat place to walk or simply hang out and people watch. Concerts and Carnival events take place on the grandstand at the south side of the park.

Other than during the busy carnival season, it is usually quite easy to find accommodations in Port of Spain. In the neighborhood of Woodbrook, you will find plenty of comfortable guesthouses and good Bed and Breakfasts at reasonable prices. If you are looking for hotels, most are located in the upscale neighborhoods of Saint Ann’s and Cascade.  During Carnival week, accommodation prices will increase dramatically and it is necessary to book in advance. If you plan on visiting Port of Spain during Carnival, you should book a hotel at least one month in advance and in some cases, as early as 8 months in advance for a room at a guesthouse. Generally, most guesthouses will have specific packages for the 5 days of the carnival.

One of the largest bazaars of the Caribbean, Port-of-Spain has luxury items from all over the globe, including Irish linens, English china, Scandinavian crystal, French perfumes,  Swiss watches, and Japanese cameras. Even more interesting are the Asian bazaars, where you can pick up items in brass. Reflecting the island’s culture are calypso shirts, sisal goods, woodwork, cascadura bracelets (made from the scales of the cascadura fish), silver jewelry in local motifs, and saris. For souvenirs, visitors often like to bring back figurines of limbo dancers, carnival masqueraders, or calypso singers.