Notre-Dame Basilica is one of the most beautiful churches in North America and one of the most recognized landmarks in Old Montreal. Built in 1829, this basilica is well-known for its gorgeous interior with its ceiling decorated in deep blue with 24-karat gold stars.

Notre-Dame Basilica (French: Basilique Notre-Dame de Montréal) is one of the most beautiful churches in North America and one of the most recognized landmarks in Old Montreal. Built in 1829, this basilica is well-known for its gorgeous interior with its ceiling decorated in deep blue with 24-karat gold stars. The church’s Gothic Revival architecture is among the most dramatic in the world. Its interior is grand and colorful, its ceiling is colored deep blue and decorated with golden stars while the rest of the sanctuary is a polychrome of blues, azures, reds, purples, silver, and gold. Notre-Dame is remarkable for the fact that the stained glass depicts scenes from Montreal’s religious history, rather than the Bible. Many famous Canadians have had their funerals here, including former Prime Minister Pierre Elliott Trudeau and hockey legend Maurice “Rocket” Richard were held. This is also the church where Celine Dion got married.

Notre-Dame Basilica sits atop a site where a church has existed almost since the founding of Montreal in the 17th century. The original site of the basilica dates back to 1672 when the Church of Notre-Dame was first built. The Notre-Dame Basilica was built in the 1820s to replace the original, now-demolished Notre-Dame church that had become too small to accommodate Montreal’s worshippers. The present building dates to the mid-19th century but the interior is newer, dating to the beginning of the 20th century. The church was raised to the status of basilica by Pope John Paul II during a visit to Montreal on April 21, 1982.

Designed by the French-Canadian architect, Victor Bourgeau, it was inspired by the “Flamboyant French Gothic” of the Sainte-Chapelle in Paris. Blue and gold are the theme for this basilica. The interior of the basilica is dark yet the altar area glows with blue and gold. The church is filled with hundreds of intricate wooden carvings and several religious statues. Unusual for a church, the stained glass windows along the walls of the sanctuary do not depict biblical scenes, but rather scenes from the religious history of Montreal. At night, the outside windows shine blue while the yellow-gold lights on the exterior of the building add extra highlighting.

The East and West towers, which were part of the original plans but only added some 20 years later, are called La Persévérance (English: Perseverance) and Tempérance (English: Temperance). “Perseverance” holds one of the world’s most famous bells. Known as the Jean-Baptiste Bell, it weighs 10,900 kilograms and was manufactured by the Whitechapel Bell Foundry in England.

Tuesday through Saturday, an evening sound and light display called “Et La Lumiere Fut” (English: “And then there was light”) is available. The show allows you to experience the birth of Montreal and Notre-Dame Basilica in an impressive sound and lights show that provides a nice overview of the history of the church, from its founders to the architect to the decor. Admission costs C$10.

In the back of the Basilica is a smaller chapel named The Sacred Heart Chapel (French: Chapelle du Sacré Coeur). The chapel is bright and sunny, with light honey colored carved wood and light streaming in through the high windows. The chapel is nicknamed the Wedding Chapel. It’s so popular that some couples wait up till two years to tie the knot. The Sacred Heart Chapel houses the sculptures and paintings and impressive selection of works which brings to life its spiritual heritage. A major fire destroyed the chapel on December 7, 1978. It was rebuilt with the first two levels being reproduced from old drawings and photographs, with modern vaulting and reredos and an immense bronze altarpiece by Quebec sculptor Charles Daudelin.

Pope John Paul II celebrated mass here in 1984, Celine Dion was married here in 1994 and Luciano Pavarotte recorded his famous Christmas concert in this basilica. The Notre-Dame Basilica is a National Historic Site of Canada. In addition to masses, there are also weddings, funerals and baptisms that are held in the church. The church does ask for an admission fee to help with the cost of constant restoration. 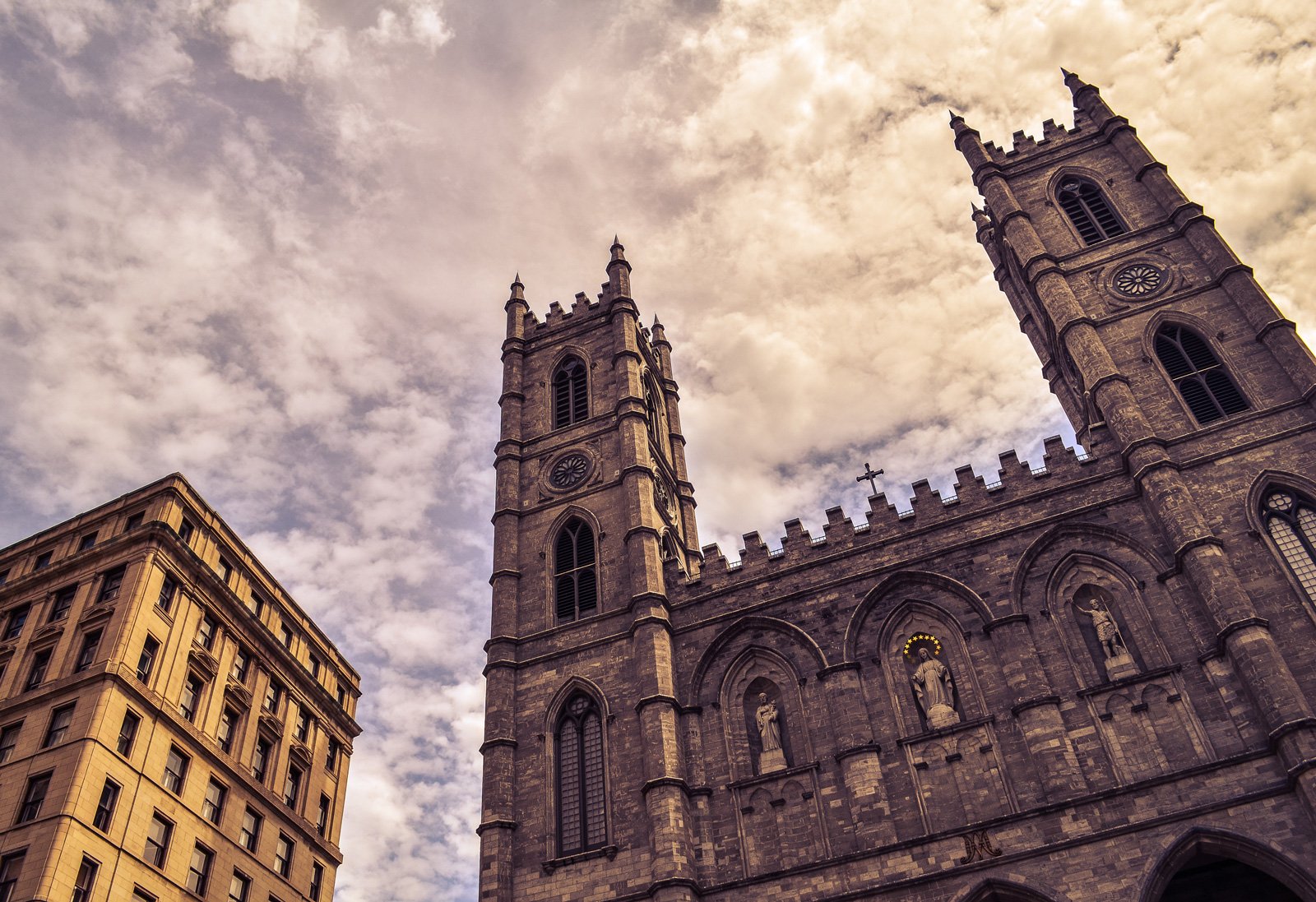 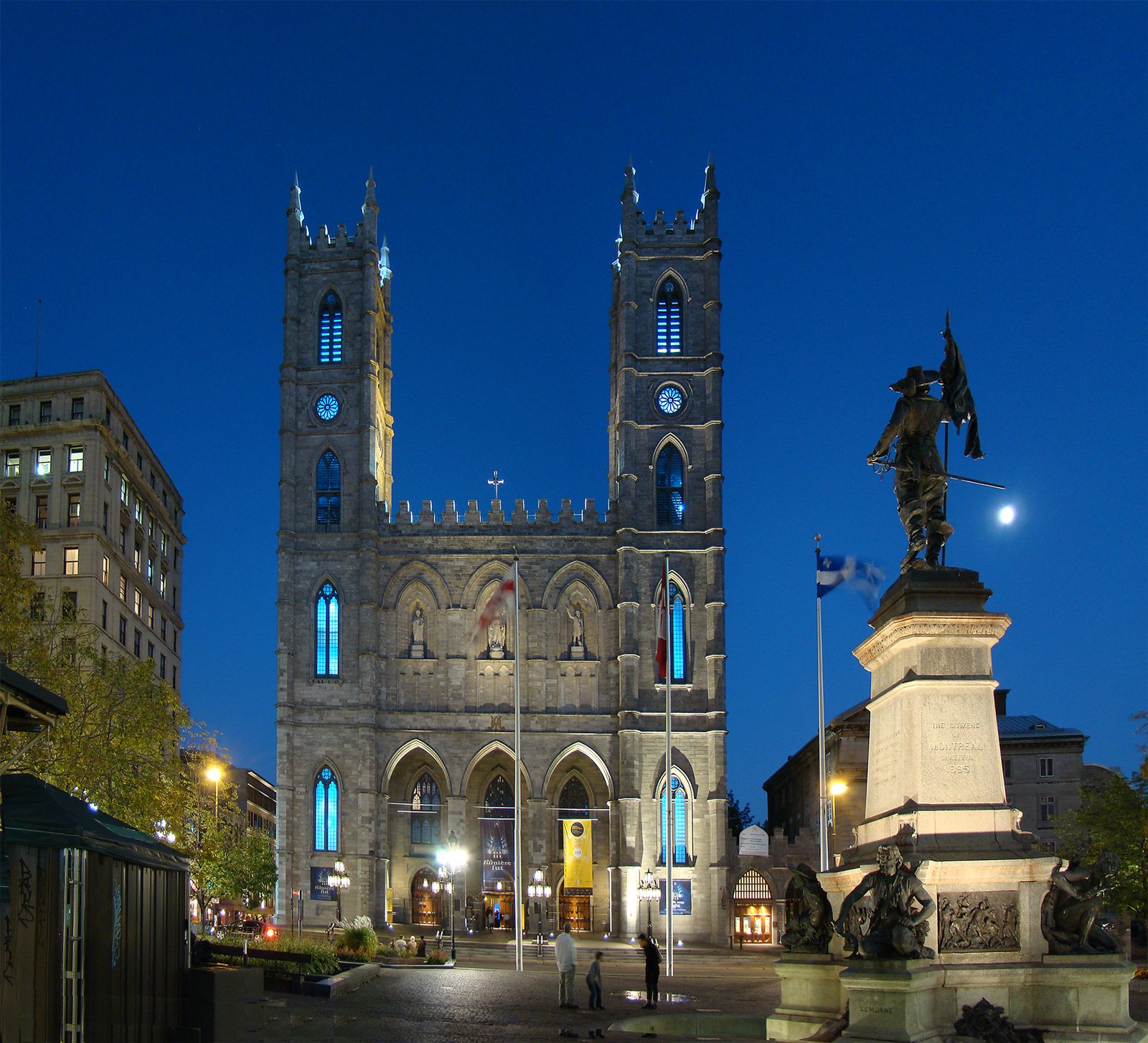 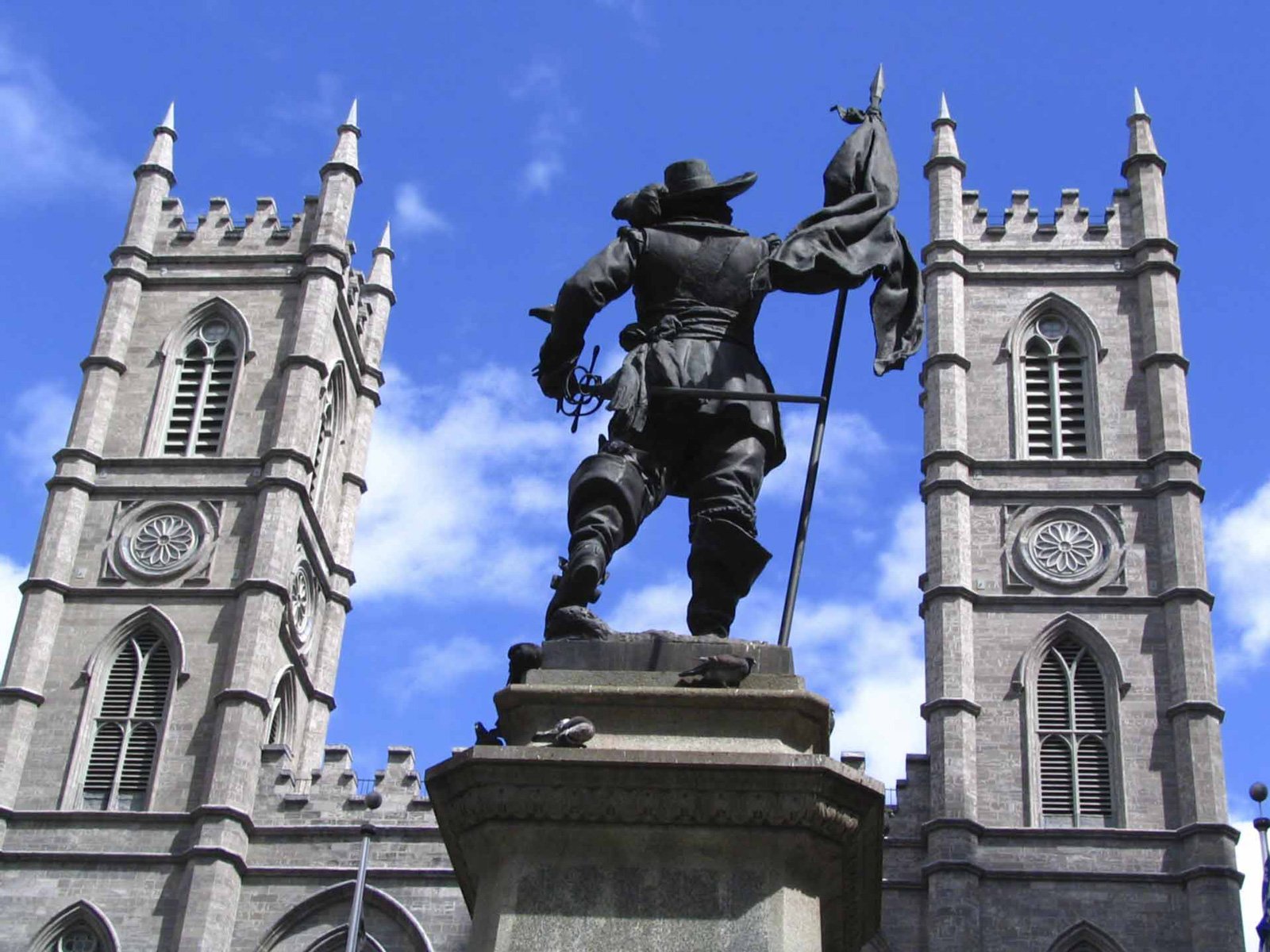 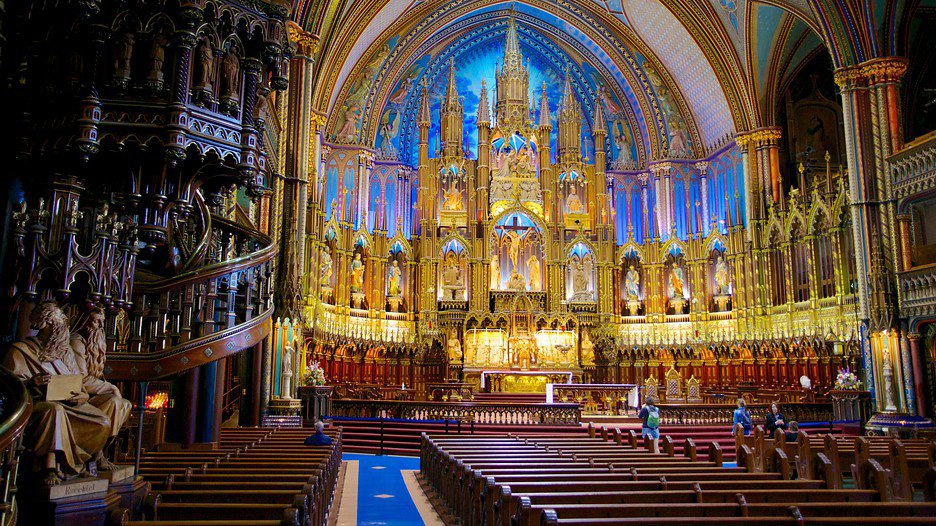 Your admission fee to Notre-Dame Basilica includes a 20-minute guided tour, available in English or French during regular hours. This tour is an ideal introduction to the history of Notre-Dame Parish, the building of the church, key architectural features and the many works of art that adorn the building.