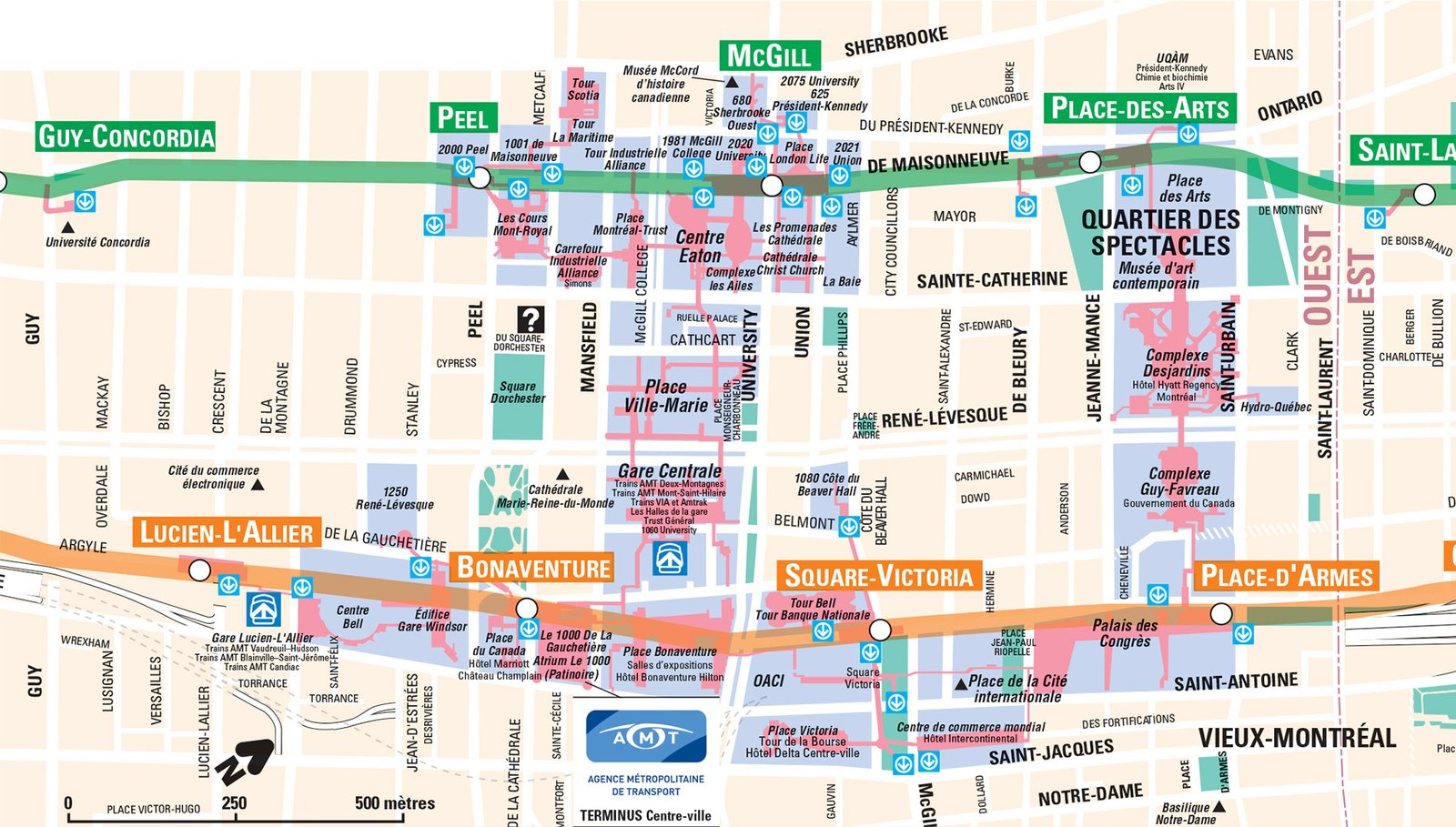 Montreal’s underground city (officially RÉSO or La Ville Souterraine in French) is an underground, interconnected network of shops, malls, offices, hotels, museums and entertainment venues. It is the largest underground complex in the world. In total, it covers 12 square kilometers (4.6 sq mi) of space, with more than 33 kilometers (20.5 miles) of tunnels to explore. It can be accessed throughout downtown Montreal via seven metro stations, and there are also approximately 120 entrances at street level.